DELRAY BEACH, Fla. /Florida Newswire/ — There have been numerous standing ovations at the performance venues designed by Currie Sowards Aguila Architects (www.csa-architects.com). For the past five decades, the award-winning Delray Beach-based architectural firm has played an instrumental role in designing some of South Florida’s key cultural venues, and recently their designs for the expansion of the Maltz Jupiter Theatre received approval. 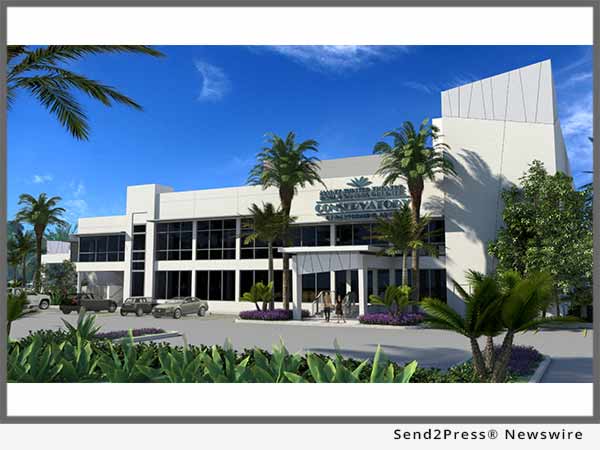 CSA was part of the initial transformation of the Burt Reynolds Dinner Theatre to the Maltz Jupiter Theatre in 2005. Additionally, the firm has designed the Mizner Park Amphitheatre in Boca Raton and Old School Square’s Crest Theatre, Arts Garage and the new Arts Warehouse, all located in Delray Beach.

The plan, which has been approved by the Jupiter Town Council, would double the square footage of the building without impacting the 617-seat audience chamber’s intimacy. CSA’s design will enhance the back of house with a larger stage house, a new multi-purpose flex space, new dressing rooms, rehearsal studios, prop and costume shop. The Goldner Conservatory of Performing Arts has been a successful program for the Theatre and that too will be expanded to meet the growing needs of the community.

The architects have also designed the expansion to the Imagine Room, a multi-purpose space for meetings and entertaining. Construction for the Imagine Room expansion will be completed prior to the beginning of the 2017 season.

“Currie Sowards Aguila has been a tremendous partner in our success,” said Andrew Kato, Producing Artistic Director/Chief Executive of Maltz Jupiter Theatre. “The firm has a strong affinity for arts and entertainment design, and we are delighted with the new plans for our theatre.”

One of CSA’s first theater designs was the Crest Theatre at Old School Square in Delray Beach. The historic high school was transformed into a 323-seat venue that has become a cultural jewel presenting world class musicals, variety shows and Broadway cabaret performances.

The firm designed the masterplan for the Old School Square campus in the 1990’s which led to the economic revitalization of the entire downtown area. CSA is currently designing the new masterplan which includes an enhanced amphitheater with a 2,500-seating capacity, making it a competitive force in the South Florida concert scene.

The Mizner Park Amphitheater is another CSA design dating from the 1990’s which is still drawing huge crowds today. The venue has featured an array of top performers from opera legend Jose Carreras to Grammy-winner John Mellencamp; free festivals to the renowned Festival of the Arts BOCA.

Most recently, CSA is looking forward to the ribbon cutting ceremony for the Arts Warehouse in Delray Beach as construction is expected to conclude in the next few weeks. This magnificent new venue with its whimsical color scheme and cube inspired design will become a leading incubator space for the arts community featuring gallery and makers spaces, multi-use areas, classrooms, computer labs and other amenities.