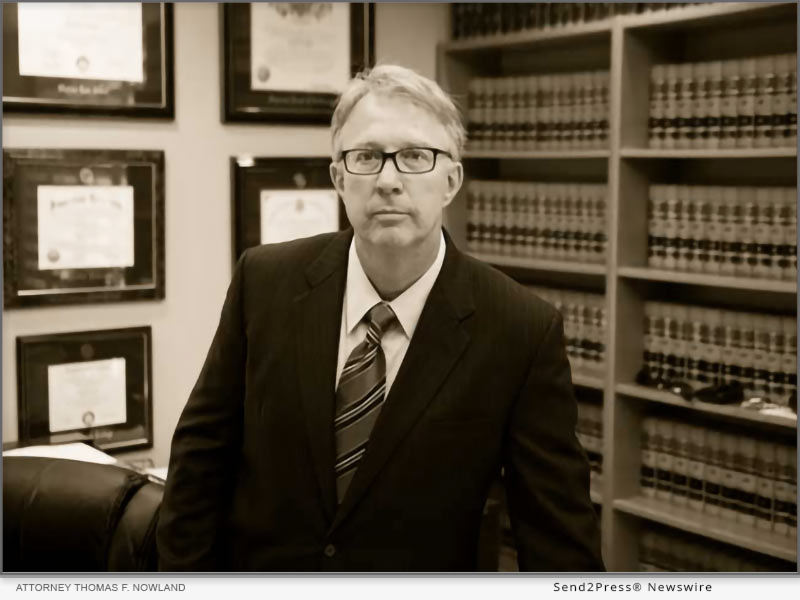 NEWPORT BEACH, Calif., Dec 15, 2022 (SEND2PRESS NEWSWIRE) — A small business construction subcontractor emerged victorious from a hard fought seven-year legal battle when $3.2 million in services, labor and materials were not paid by the Los Angeles Unified School District, their contractor, and their Insurance Bonds company. Nowland Law, a business litigation firm, secured a ruling in favor of the plaintiff December 9th, 2022 for work that the plaintiff performed in 2015.

In the David vs. Goliath legal battle, the well-funded trio of defendants used an array of strategies to shake off George Toro of WnG Construction, including accusing him of deleting emails relevant to the case, stealing trade secrets, other frivolous claims that caused turnover of 2 prior counsels for the plaintiff.

George Toro of WnG Construction JV Inc., was excited when, in 2015, he signed a deal to do work as a subcontractor for the Los Angeles Unified School District. It was a large project, ultimately composed of 18 separate jobs, where George Toro worked with his team to build out internet and WLAN infrastructure on solar projects for the school district. The project represented $5.5 million worth of work for WnG Construction.

Toro’s excitement faded when his company completed the work as agreed but was not paid by Los Angeles Unified School District, nor by the general contractor of the projects, AAA Solar Electric. By late 2015, Toro had requested meetings with the general contractor. Instead of scheduling a sit down, WnG was promised payments soon, but was then subsequently ghosted by AAA Solar Electric.

Contractors engage in large projects confidently because they are typically covered by bonds. In this case, Philadelphia Indemnity Insurance Company had a set of existing bonds for the project, which should have been accessible to WnG. The bonds were not paid to WnG. Despite multiple requests for payment to LAUSD, the indemnity company and the general contractor, payment in full was withheld for reasons that the court mostly rejected in its ruling. The costs, delays, and financial impact resulted in the smaller subcontractor going out of business as it was forced to lay off its employees and close. George Toro had no idea that what lay ahead of him was a seven-year legal battle in order to finally reach a victorious verdict in his favor.

The case, “WNG Construction JV, Inc V. AAA Solar Electric, Inc” (case number VC065473) filed in the Southeastern district of Los Angeles Superior Court, has been worked on by at least 15 individual attorneys from a variety of law firms, racked up almost 300 calendared events in the court room, and is likely to exceed its current count of 988 filed documents, across its seven years of litigation. The $2.5 million complaint will not include yearly interest fees that can legally be imposed by the judge, as well as attorney’s fees and court costs. These costs are expected to be substantial and may double the total liability of the general contractor, the indemnity company, and the school district to an estimated rough total of $5 million.

Before the trial, George Toro tapped Nowland Law to take on the case due to the firm’s strong history in business litigation. Nowland Law had been victorious on behalf of the plaintiff in a similarly high profile case, in which the California State University system had attempted to flout millions of dollars in payments to another subcontractor.

Lead Attorney, Thomas F. Nowland said, “This was a 31 day trial which lasted over 4 months due to delays related to the COVID pandemic. The court awarded WnG the majority of its claims plus interest, costs, and prevailing party attorney’s fees. The final judgment could be well over $5 million dollars.”

This press release was issued on behalf of the news source, who is solely responsible for its accuracy, by Send2Press Newswire. To view the original story, visit: https://www.send2press.com/wire/los-angeles-unified-school-district-and-others-learn-elementary-lesson-in-contract-law-after-2-5-million-verdict-and-seven-year-legal-battle/