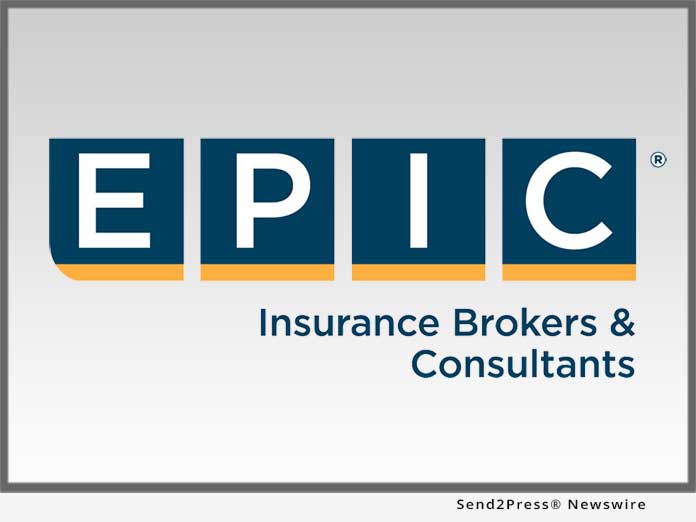 A Power Broker is an individual who stands out among their peers for the exceptional client work they delivered over the past year. While brokers play many key roles in the insurance industry and risk profession, a Power Broker award recognizes problem solving, customer service and industry knowledge, in particular.

“We are honored that eight of our team members from across the country, including four of our newest colleagues from Integro USA, have been recognized by Risk & Insurance among their 2019 Power Brokers,” said Pete Garvey, CEO of EPIC Insurance Brokers & Consultants. “Each one of these talented, client-focused individuals personifies EPIC’s core values of providing the highest quality of service while always putting people first. They are all highly deserving of this prestigious industry recognition.”

Prior to joining Integro, Brown worked at Broadspire and Zurich, where he focused on site-pollution liability and environmental lender collateral protection coverage. He holds a BA in risk management and insurance as well as the PTC1, AIC and ARM professional designations.

DeAnna Buck joined EPIC in 2015. As a principal in the Property & Casualty practice, Buck is responsible for new business production, the development and management of risk management and insurance programs and client satisfaction and retention.

Prior to joining EPIC, Buck was Vice President of the Central California Region of Arthur J. Gallagher. She began her career as an insurance broker with Johnsey Insurance Agency which was later acquired by Arthur J. Gallagher. She graduated from The University of Washington with a degree in Business Administration in 2002, and has since obtained her CIC-Certified Insurance Counselor and is an AFSB-Associate in Fidelity & Surety Bonds.

Prior to joining Integro, Forcucci worked as a commercial property risk analyst for AIG. In addition to a Bachelor of Business Administration in risk management and insurance and a BA in Spanish from Temple University, Forcucci holds the ARM designation.

Prior to joining EPIC, Impagliazzo held a range of sales, customer service and relationship management positions at several Bay Area firms, most recently a broker/producer at Bozzuto and Associates Insurance Services, Inc. in San Jose, Calif. He holds a Bachelor’s Degree in Communications from Penn State University.

Matt Sears joined EPIC in 1988 as a principal in the Employee Benefits practice. For the past 35 years Sears has dedicated himself to being immersed in the field of Employee Benefits and the Wellness & Productivity Practice, specializing in aligning employee benefits with enterprise-wide goals.

Prior to joining EPIC, Sears served as a VP at Pension Dynamics/Commonwealth Insurance, where he was responsible for Group Insurance operations. He holds a BA from the University of California, Berkeley. He also received his CEBS and CMS designations from The Wharton School at University of Pennsylvania.

Prior to joining Integro, Slattery worked as a property broker at Marsh. He holds a BA from Providence College as well as an ARM designation and is a member of the John Street Association.

Lawrence Kirshner joined Frenkel Benefits – An EPIC Company, as EVP and an equity-holding partner in 2001. As Co-President at Frenkel, Kirshner is actively involved with employers in designing, implementing and overseeing strategic program design and cost containment strategies such as alternative funding mechanisms, consumer driven health plans, and wellness among other

Prior to joining EPIC, Kirshner served as a Partner at Prestige Planning Corp., a wealth management and business advisory firm. He graduated from State University of NY at Oneonta where he earned degrees in history and political science.

Laura Tesoriero joined Integro in 2006 as a Senior Casualty Broker in the New York office. She helped to build and grow the casualty practice and was instrumental in the development of various service, operational and administrative related initiatives. Tesoriero has over 25 years’ experience working with complex global casualty programs, inclusive of domestic, international and umbrella/excess placements. Her role includes risk and exposure analysis, program design, implementation, market negotiation and service execution.

Prior to joining Integro, Tesoriero worked at Marsh as a Vice President and Team Leader for its New York Operations. Tesoriero graduated from Siena College in 1993 with a Bachelor of Science degree in Finance. She holds New York State P&C and Agent Broker Licenses as well as numerous state issued P&C licenses.

EPIC is a unique and innovative retail property and casualty and employee benefits insurance brokerage and consulting firm. EPIC has created a values-based, client-focused culture that attracts and retains top talent, fosters employee satisfaction and loyalty and sustains a high level of customer service excellence.

With run rate revenues greater than $575 million, EPIC ranks among the top 15 retail insurance brokers in the U.S. Backed and sponsored by Oak Hill Capital Partners, the company continues to expand organically and through strategic acquisitions across the country.

This press release was issued on behalf of the news source, who is solely responsible for its accuracy, by Send2Press Newswire. To view the original story, visit: https://www.send2press.com/wire/risk-and-insurance-honors-eight-epic-brokers-consultants-as-2019-power-brokers/