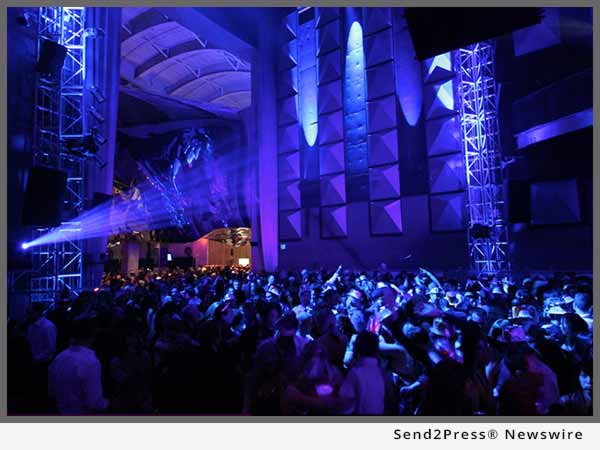 “INDULGENCE,” known as “Seattle’s best New Year’s Eve party,” has sold out every year for the last 14 years, primarily because of its unique proposition to attendees: offering four areas of entertainment in one event.

The INDULGENCE New Year’s Eve Bash provides 4 unique areas of entertainment located throughout the MoPOP including two live bands, two DJs, an exclusive VIP area, a comedy lounge, and the popular local venue: Museum of Pop Culture (formerly EMP). Everything is included for one price.

Additional details include: Party Fever Stage – Brand X High Energy Party Band brings the best party hits from the 70s, 80s, 90s and today; the You Spin Me Right Round The 80’s Stage – Hairstorm, Seattle’s premier 80’s hair rock tribute band,; The live Comedy Theater – renowned stand-up comedians; Party the night away right underneath the iconic Space Needle with access to the amazing MoPOP included (a $30 value) – most exhibits will be open.

The INDULGENCE signature of 4 unique entertainment experiences all in one venue for one price continues its tradition of being one of the largest New Year’s Eve events in the Northwest on December 31st, 2016 at Mo POP at 325 5th Ave North, Seattle, WA 98109.

This press release was issued on behalf of the news source, who is solely responsible for its accuracy, by Send2Press Newswire. To view the original story, visit: https://www.send2press.com/wire/seattle-bash-announces-15th-annual-indulgence-new-years-eve-bash-at-the-museum-of-pop-culture/

Bash Foo Teams Up with Thomas as a Certified Thomas Agency