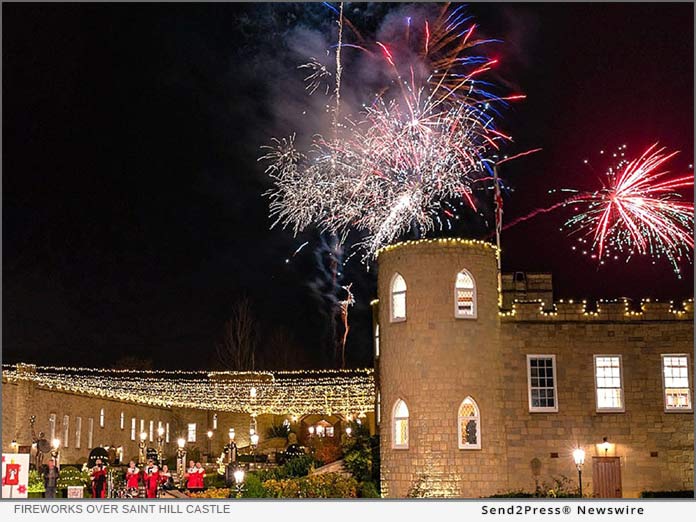 LOS ANGELES, Calif., Dec 16, 2021 (SEND2PRESS NEWSWIRE) — As 100,000 lights mark another holiday season and transform Saint Hill Castle and grounds into an enchanted kingdom, the Church of Scientology invites one and all to experience the magic of Saint hill in an episode of “Inside Scientology” on the Scientology Network.

Set amidst 100 acres of the ancient Ashdown Forest are the roots of a global religion. Welcome to Saint Hill. Here in Saint Hill Manor House, located at the Prime Meridian in the town of East Grinstead, England, Scientology Founder L. Ron Hubbard lived, worked and made pivotal breakthroughs in the spiritual technology of Scientology, while guiding it from a grassroots movement to a worldwide religion.

While Saint Hill Manor preserves the Church’s origins, across the property a modern-day castle serves as a 21st-century church. Inspired by an 11th-century Norman fortress, the Saint Hill Castle was conceived and designed by Mr. Hubbard in the mid-1960s to accommodate the ever-growing numbers of those arriving at Saint Hill to study Scientology.

Gain insight into the life of the Founder of Scientology, explore the roots of a modern movement and visit a magical setting with “Inside Scientology: Saint Hill.”

The original series “Inside Scientology” takes viewers behind the scenes of the Scientology religion, from its international spiritual headquarters and cutting-edge publishing houses to what happens on a typical day at a Church of Scientology and the meticulous work to preserve 75 million words of our Founder L. Ron Hubbard’s religious writings and recordings for future generations.

The Scientology Network has been praised for shattering the paradigm of religious broadcasting, ushering in a new era that shows a religion in action, making the world better.

This press release was issued on behalf of the news source, who is solely responsible for its accuracy, by Send2Press Newswire. To view the original story, visit: https://www.send2press.com/wire/share-the-joy-the-holidays-have-arrived-at-scientology-headquarters-in-the-uk/

This Summer, Walk in L. Ron Hubbard’s Footsteps with ‘Inside Scientology: Saint Hill’

Enjoy the Music of the Holiday on the Scientology Network