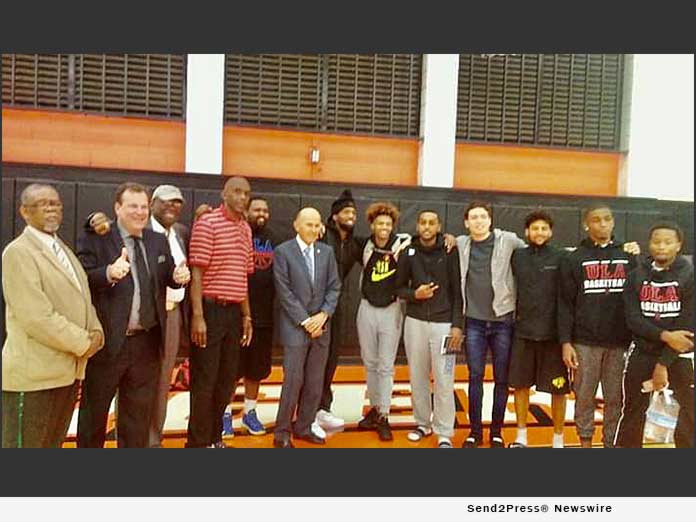 LOS ANGELES, Calif., Mar 04, 2020 (SEND2PRESS NEWSWIRE) — The Association of Christian College Athletics announce 2020 Championship Tournament Bracket. Despite a wonderful record of 27-1 the University of Los Angeles College of Divinity (ULACD) has a very tough road ahead as the fourth seed.

It all starts Thursday with a game against Baptist Bible College from Missouri, famous for being the Alma Mater of Liberty University founder Jerry Falwell. The game will be televised live on the ACCA YouTube channel at 2:30 p.m. Central Time on March 5, 2020. The game can be seen at: http://youtube.com/accasports.

Those styles contrast with ULACD which is defensive focused and prideful about those defensive efforts. One example of that came on January 12, 2020 when Coach Michael (Mike) Miller beamed after the 81-48 victory against Cety’s University, from Mexico. On the Coach Miller post game show coach Miller was asked by TV personality Ronnie Wald about the effort in the nights home court victory over the high scoring Mexican University who tallied 99 points in a win the night before.

Notably the third year team from Compton with no one taller than 6’4 and a roster of nine players has been consistently tough Defensively, especially in the latter part of the season. Junior college transfers, forward Troy Biglow (22 ppg and 8 rpg), guard KV Myricks (15.5 ppg and 3.5 apg) and Kelton Conway (11ppg, 4 rpg and 3apg) have made outstanding contributions to the defensive effort and also averaged double figures in points. Other team members are freshmen newcomers Samuel Rodrigues, Devone Brown and Josh Thompson and returning senior Johan Meclot (6 ppg and 5 rpg) as well as returning sophomore Dutch Samples.

The assistant coaches are Isaac Gordon and Wendell Westbrook, who was alongside coach Michael “Mike” Miller for over a decade at Los Angeles City College “LACC” during the record-breaking run of 14 straight conference championships. Coach Westbrook was the associate head coach at LACC from 1999-2000 to 2006-07 when the LACC teams compiled an overall record of 241-38 in eight seasons with a winning percentage of .864, exceeding all NCAA Division I Programs during the same time period.

This press release was issued on behalf of the news source, who is solely responsible for its accuracy, by Send2Press Newswire. To view the original story, visit: https://www.send2press.com/wire/university-of-los-angeles-college-of-divinity-ulacd-and-coach-mike-miller-notch-nations-second-best-two-year-record-of-56-4-among-all-four-year-colleges-from-2018-19-to-2019-20/