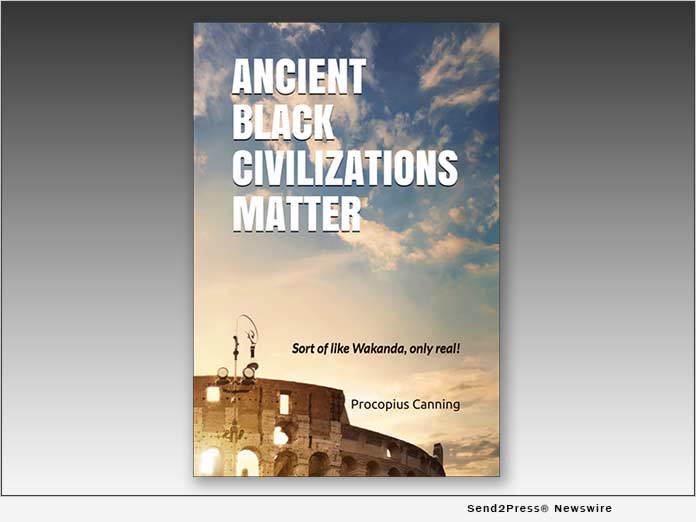 While ancient Black history has been studied extensively in universities by specialized scholars, little about Blacks and Black culture in Classical Civilizations has been communicated to society at large, by way of high schools, Hollywood, or the mainstream media.

“Leaving out an entire race of people from popular history is a rather egregious omission,” says Canning, and further “it was disturbing to see some of the miscreants who stormed the Capitol Building appropriating symbols from ancient Roman history as symbols of white power.”

Revealing the extent of the role of Blacks in the ancient world would help undermine such hate groups, Canning believes, making the content of his new book especially important. While it is true that few people know much about the daily life of Blacks and Black culture in the ancient world, the truth is, at times, they even ruled it.

It includes the first African emperor Septimius Severus, who together with the revered African empress Julia Domna, began the Severan Dynasty, the longest rule of the ancient Roman empire by people of color. It includes centuries of sculpture, painting, and artifacts, found deep within the digital art history archives of the world’s leading museums, the most appropriate of which, are used in Canning’s book. These events, along with the empire shattering Jugurthine Wars, led by the Black warrior king Jugurtha, should lay to rest any notion that ancient history belongs to any one race alone.

“ANCIENT BLACK CIVILIZATIONS MATTER: Sort of like Wakanda, only real,” embraces the healing power of history, proving that when accurately described, people of color will not only see themselves reflected in Classical Civilizations, they will see themselves participating actively and meaningfully within them, at all levels. Rev. Dr. Martin Luther King Jr. stated that, “all life is inter-related. All men are caught in an inescapable network of mutuality, tied in a single garment of destiny. Whatever affects one directly, affects all indirectly… This is the inter-related structure of reality.” Ancient history is as compelling a proof of Dr. King’s eloquent wisdom as are today’s current events, indeed.

Procopius Canning B.A., B.Ed. is a retired educator, author, and creator of two of the most visited ancient Roman history sites on the internet, TIMELINE: Ancient Rome, and Gladiator: The Real Story. These scholarly web sites have won three awards from the Encyclopedia Britannica, have over 2.4 million page views, and have internationally held simultaneously both the 3rd and 4th place search result positions for ancient Roman history on Baidu, the most popular search engine in China. “ANCIENT BLACK CIVILIZATIONS MATTER: Sort of like Wakanda, only real!” is his fourth book.

This press release was issued on behalf of the news source, who is solely responsible for its accuracy, by Send2Press Newswire. To view the original story, visit: https://www.send2press.com/wire/ancient-black-civilizations-matter-brand-new-book-explores-black-lives-in-classical-civilizations-and-embraces-the-healing-power-of-history/

New book ‘The Modern Prometheus: Why the 21st Century Intellectual Must Be Fearless to Succeed’ ravages cancel culture using ancient and modern philosophy