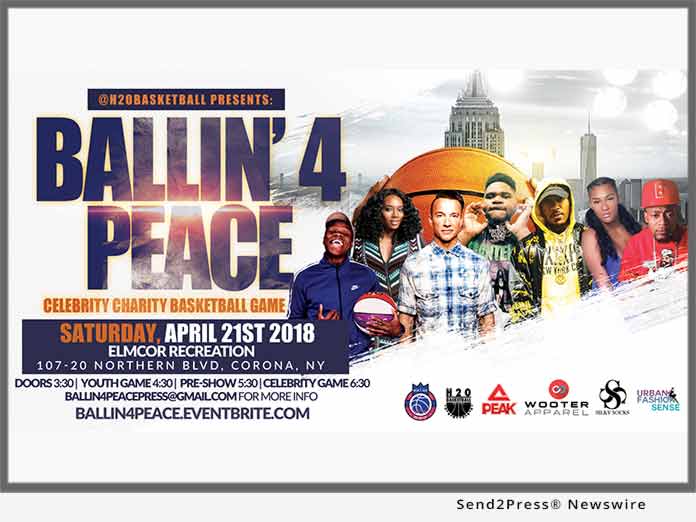 Now in its 4th year, BALLIN’ 4 PEACE – the Charity Event Division of Hargrave’s H2O Basketball AAU Training League – hasn’t lost its steam; Saturday’s festivities promise to be just as action-packed as in years prior.

BALLIN’ 4 PEACE will remain true to tradition, by honoring Mr. Charles Coleman of B.A.C.E Sports Management with a Proclamation from the city for his contributions as a Coach and Mentor to young athletes such as Haron Hargrave.

Tickets for BALLIN’ 4 PEACE 2018 can be purchased at http://ballin4peace.eventbrite.com/.

This press release was issued on behalf of the news source, who is solely responsible for its accuracy, by Send2Press Newswire. To view the original story, visit: https://www.send2press.com/wire/ballin-4-peace-celebrity-charity-basketball-tournament-founded-by-former-pro-ball-player-h2o-returns-to-queens-ny-april-21/