BOCA RATON, Fla. /FLORIDA NEWSWIRE/ — DMIL360, a Florida-born company, is proud to announce its action plan to launch the new and revolutionary sport of the 21st century. HANETBALL360 FIRST CHAMPIONSHIP FINAL EVER is scheduled to play at Nova Southeastern University, Fort Lauderdale, Florida, on October 16, 2022.

CEO and founder of DMIL360, Fritz Valdeus, Jr., today announced Hanetball360, a new sport with a unique approach. The game was created to develop natural talents and empower minds. 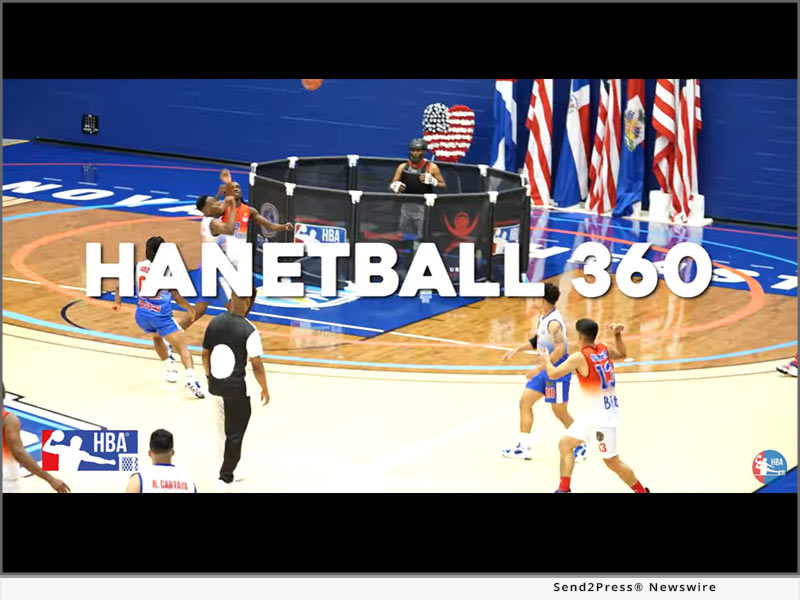 Hanetball360 is the only sport ever created that leverages the “QuantumThinking360™” theory, requiring players to think of ways to score and defend in every direction instead of the linear mode of playing virtually every other sport. The game is fun and exciting!

Hanetball is played in a “360-degree” motion where players can go around the grundnet to try to score, win, or defend. The sport also establishes itself in regions such as Canada, Turks & Caicos, Nigeria, India, and other countries.

“Nothing like it exists in the sports world,” said Adrienne Mazzone, President of Transmedia Group. “Hanetball360 naturally connects our inner selves to our passionate emotions and is destined to become the sport of the future.” Hanetball360 is a fast-growing sport.

Years of research show that “short bursts” of intense full-body activities burn far more calories than other forms of exercise.

As a result, almost anyone can play this exciting new game:

* Using high-intensity interval training (HIT) to boost metabolism and burn calories during and even after playing the game.

The inventor of Hanetball360, inventor Fritz Valdeus, Jr., was asked, “What does it mean to host the first championship final?” Valdeus replied: “The goal of Hanetball360 is to increase sports access at every level of the economic spectrum in America and the world at large. The sport is multifaceted, but the primary purpose is to change the world positively.”

Valdeus added, “The vision of Hanetball360 is to revolutionize the world of sports by creating possibilities for individuals from all walks of life and physical abilities to play and enjoy Hanetball360 on a global scale.

“When introduced to children, the sport’s QuantumThinking360 theory allows them to be creative and ‘expand their circle’ to build problem-solving skills and spatial awareness.”

Hanetball360 was founded by CEO and Inventor Fritz Valdeus, Jr. who emigrated from Haiti to the United States in adulthood. It took him nearly 27 years to invent and develop Hanetball360. Valdeus is an inspiration for young and old around the globe. The most significant pledge is serving and inspiring communities worldwide to thrive. Hanetball360 is now played competitively in the United States, Cuba, Haiti, and the Dominican Republic. It does not require specific body mass or height to participate. This sport creates new opportunities for capacity and excellence building.