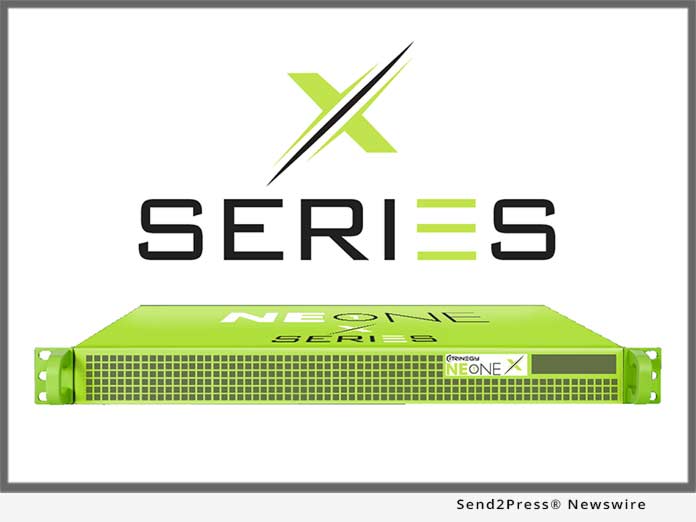 With network infrastructures constantly evolving, as witnessed by the development of SD-WAN, applications and data are now being delivered over an array of different speed network connections that could include WAN, WiFi, Mobile and Cloud, and possibly even Satellite. Therefore, it is important to verify that applications are going to be able to cope with the inevitable variations in network speed, quality and availability, prior to actual deployment.

The X-Series epitomises the existing NE-ONE Network Emulator design principle of being easy to use and cost-effective, and along with enhanced performance, is supplied with all the full range of NE-ONE features as standard.

“With SD-WAN adoption as a prime example, we recognized that there was a need to validate application performance at scale, by being able to the mimic multiple low and high speed WAN links associated with typical SD-WAN deployment, so it made perfect sense for us to release a 10Gbps capable point-to-point emulator like the NE-ONE X-Series,” explains Frank Puranik, iTrinegy Product Director. “However, conscious that existing 10G emulators use complex and cumbersome tabular style interfaces, we wanted to greatly simplify the process of setting up and running real-world higher speed test networks, and we are confident that the NE-ONE X-Series successfully fulfils this brief.”

“Since its launch in 2015, the NE-ONE Network Emulator range has proved popular with governments, the military and enterprises across the globe, enabling both vendor and end-user organizations to easily validate application performance over networks,” adds iTrinegy Director Graham Wood. “The introduction of the X-Series (10Gbps) models will broaden the appeal of this product range, especially given that the starting price, as a perpetual license, is less than $30,000.”

The NE-ONE Network Emulator range is available in three formats: desktop (up to 1Gbps) virtual appliance (up to 200Mbps) and now half rack-mount (10Gbps). Customers have the added assurance that as their requirements change the NE-ONE hardware and virtual versions can be upgraded across the range, in most cases by simply purchasing a new license key.