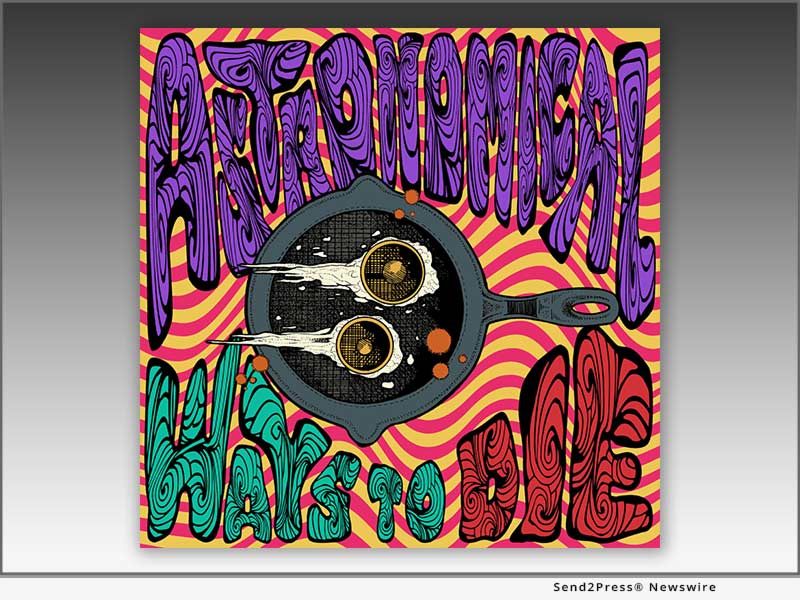 GRAYSLAKE, Ill., Feb 18, 2022 (SEND2PRESS NEWSWIRE) — Today, Lui Salazar, known by his stage name as LUI, released his new art rock album, “Astronomical Ways to Die” under the Dead Internet Records label. The album can be found on most music streaming platforms, and plans for a limited physical release are underway.

LUI, a recording artist and music producer based near Chicago, says that his release didn’t start out as a love album but became one.

“The album began a time in my life when I needed change and wanted to find love,” LUI explains. “The songs started as quirky fantasies and desires. By about the second half of the project, I found love. Some of the lyrics became more direct and personal, but the songs retained my campy, weirdo vibe.”

“Astronomical Ways to Die” is a belated Valentine’s gift to LUI’s fans. For the better part of a year, he has been obsessively recording and producing vocals, violins, flutes, guitars, and various folk instruments for the album.

LUI reflects on his release: “I always felt my last album, ‘Truth Is Like a Seed,’ was too preachy. This time, I wanted to be profound but in a fun way. It’s a love album, not a philosophy book. Life doesn’t suck, and woe isn’t me. Happy belated Valentine’s Day.”

LUI is a multi-instrumentalist born and raised near Chicago. He is the co-founder and primary music producer for Dead Internet Records. His unconventional rock music combines eclectic instrumentation with a maximalist, wall-of-sound production style. He does everything, from song conception and production to mixing and mastering, at his home studio in Grayslake, Illinois.

For more information about LUI: https://deadinternetrecords.com/LUI

This press release was issued on behalf of the news source, who is solely responsible for its accuracy, by Send2Press Newswire. To view the original story, visit: https://www.send2press.com/wire/lui-releases-new-album-as-belated-valentines-gift-to-fansn/