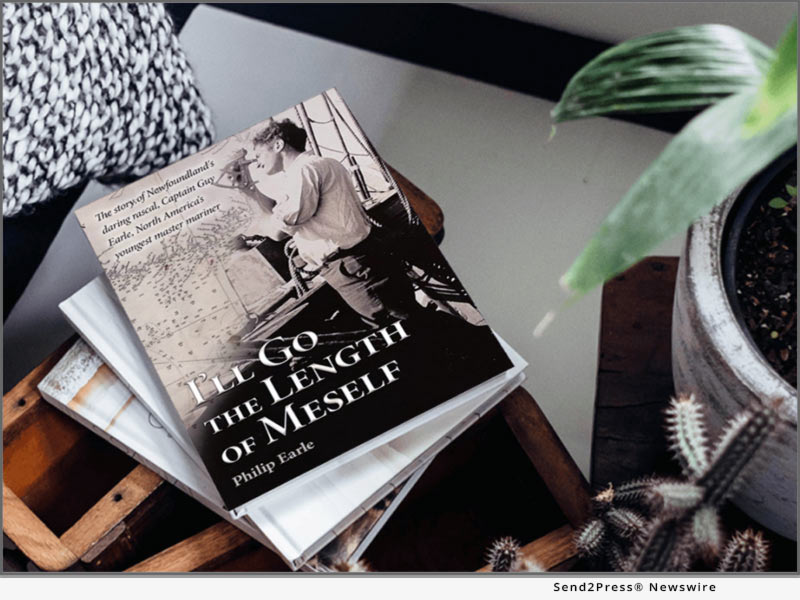 As a boy sailing the North Atlantic on his father’s schooners, Captain Guy Earle became a brilliant navigator and coastal captain at 16, and then, after falsifying his age by three years to successfully write the exam, he became a master mariner at 18 – the youngest registered master mariner in history. Retold by his son, Philip Earle, the novel explores Captain Guy’s daring adventures, his seafaring life, and touches on the lives the dear Captain helped in his decades on the water.

“Many people who knew my father asked me to write Guy’s story. But my main motivation was because I found my father to be the most incredible man I have ever known,” says author Philip Earle when asked why he wrote the book. “When I was a boy, I thought everybody’s father must be like Superman, but the longer I have lived, it is obvious to me that no one was like Skipper Guy.”

Released in March 2022, “I’ll Go the Length of Meself” is already receiving rave reviews. IndieReader celebrates the novel as “not only a touching tribute to Skipper Guy Earle, but also a warm, nostalgic look back at an entire culture and its character and values,” with Kirkus Reviews describing it as “an intriguing account of a Newfoundland mariner’s impressive life.”

PHILIP EARLE hopes to showcase his father’s legacy as a great mariner, businessman, humanitarian and exhibitionist, along with many other attributes. “There will never be another Guy Earle, there couldn’t be. This is his story, and I’m proud to share it.”

This press release was issued on behalf of the news source, who is solely responsible for its accuracy, by Send2Press Newswire. To view the original story, visit: https://www.send2press.com/wire/son-of-canadas-youngest-master-mariner-shares-his-fathers-thrilling-adventures-in-debut-novel/