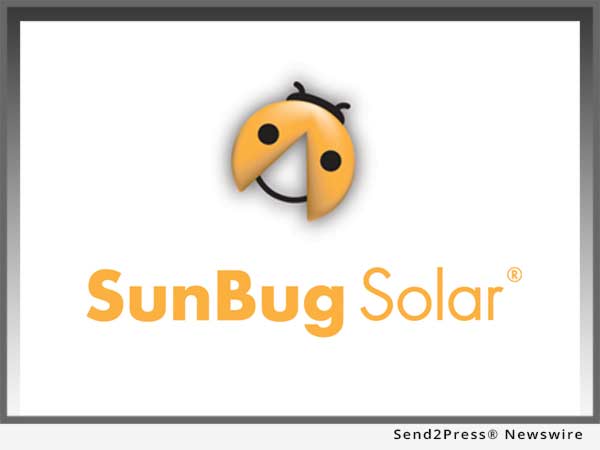 WESTFIELD, Mass., Jun 06, 2017 (SEND2PRESS NEWSWIRE) — SunBug Solar is proud to announce the completion of the sign-up phase of the Solarize Windsor, Cummington, Goshen and Worthington (Solarize Mass WCGW) initiative. Solarize Mass WCGW is part of a Solarize Mass, a partnership between the Massachusetts Clean Energy Center (MassCEC) and the Green Communities Division of the Department of Energy Resources (DOER) that encourages the adoption of small scale solar in Massachusetts communities.

Since its launch in 2011, 62 cities and towns have participated in Solarize Mass. This has led to the contracting of more than 3,500 new small-scale installations at homes and businesses, amounting to the installation of over 21.4 megawatts of solar power.

Solarize programs offer discounted solar installations to community members based on tiered pricing; the more people that sign up, the lower the price. Through the hard work of Solarize volunteers and the SunBug team, Solarize Mass WCGW surpassed the highest pricing tier, resulting in the lowest possible prices for all customers. Over the six-month timeframe, SunBug signed up 90 families representing 767kW of solar.

Aaron Simms, general manager of the SunBug Westfield Office, expressed his excitement, “We are ecstatic with the success of the program. We are especially grateful to the volunteer coaches of the Solarize program, the MassCEC, and most importantly the residents of Windsor, Cummington, Goshen and Worthington for their interest and enthusiasm for the program. We couldn’t think of a better way to become part of our community in the western part of the state.”

“The Solarize Mass program works because it leverages partnerships with communities across the Commonwealth to help facilitate the adoption of clean energy technologies,” said MassCEC CEO Stephen Pike. “The effort and enthusiasm demonstrated by program volunteers and residents of the towns of Windsor, Cummington, Goshen and Worthington during this round were essential to this program’s remarkable success.”

Bill Adams, the volunteer Solar Coach for the town of Cummington, was equally thrilled with the success of the program. “When you combine the leadership of MassCEC and DOER with an award winning contractor like SunBug Solar and our impressive hilltown volunteers, it resulted in nothing less than a resounding success. Our residents embraced Solarize Mass WCGW knowing it was a clear win-win scenario for renewable energy and our carbon footprint. We couldn’t have asked for more.”

In addition to the environmental impact, these solar systems are going to be a significant financial boon for the families participating. In Massachusetts, residential solar PV systems have two compensation streams; savings from your electric bill, and compensation from the sale of Solar Renewable Energy Credits. Over the 30 year estimated lifespan of the PV systems, they are expected to generate over $9 Million for the families. What’s more, this figure does not include ancillary financial benefits of solar, such as increased re-sale value of the home.

The Solarize campaign is based out of SunBug’s new office in Westfield, Mass. In coordination with SunBug’s headquarters in Arlington, the Westfield office is executing sales, operations, and installations for Franklin, Hampshire, Hampden, and Berkshire Counties.

SunBug’s expansion to the western part of the Commonwealth is an important step forward for a growing organization with strong Massachusetts roots. SunBug Westfield is the result of years of hard work and planning-both in terms of SunBug establishing itself as the highest rated solar installer in Eastern Massachusetts, and for the strategic timing and location of its new office and warehouse.

Founded in 2009, SunBug Solar is as a mission-driven organization-a company that seeks to simultaneously do right by the customer, the community, and the environment. Today, with 75 employees and over 1,000 solar installations throughout the Bay State, SunBug Solar is bringing its unparalleled reputation for quality and customer satisfaction westward. SunBug’s commitment to service is recognized by independent industry watchers, including Angie’s List, who has awarded SunBug their coveted Super Service Award every year since 2012, making SunBug the sole Massachusetts-based company to have won this award five years running.

This press release was issued on behalf of the news source, who is solely responsible for its accuracy, by Send2Press Newswire. To view the original story, visit: https://www.send2press.com/wire/sunbug-solar-completes-solarize-campaign-out-of-new-western-ma-office/

Heal Vet, a Watertown veterinary clinic known for its gentle touch, goes green and helps offset the costs of running a small business