TAMPA, Fla. /Florida Newswire/ — “Christians in the Mirror,” a first-of-its-kind independent documentary produced by Joshuacord, Inc. and In Altum Productions, premieres Friday, September 28, at AMC West Shore 14 in Tampa at 6 p.m. Taking a hard look at how America and the West have been involved in the global persecution of Christians, this indie film interviews Christians from the Middle East, Africa, and Asia. 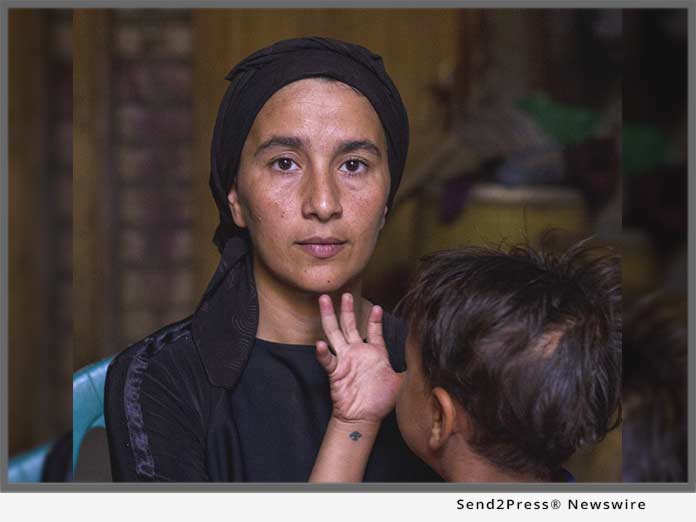 Religious persecution is a human rights issue that is receiving more political attention with the appointment of Ambassador at Large for International Religious Freedom, Sam Brownback, and Secretary of State Mike Pompeo’s recent ministerial conference to advance religious freedom.

Christians are the most persecuted religious group in the world with 90,000 killed annually, according to a The Center for the Study of Global Christianity. This film brings awareness of their plight to the West and what might be done to help them.

In the film you will hear from one of the Lost Boys of Sudan, family members of the 21 Egyptian Christian martyrs from the 2015 ISIS beheadings, as well as refugees returning to villages destroyed by ISIS and civil war in Syria and Iraq.

Producer Patrick Carberry rallied hundreds in the West to make this film.

“We have to speak for those who cannot speak for themselves. Americans and American Christians, in particular, need to act now. Why is there silence and lack of support from many affluent churches in America?” said Patrick Carberry, founder of Joshuacord and film co-producer.

Producer and Director Jordan Allott artfully illustrates poignant stories of the persecuted from Syria, Iraq, Sudan, India and Egypt, while also highlighting the important work many are doing on the ground to implement long-term change in some of the world’s most dangerous places.

The evening includes a reception and discussion with Producer Patrick Carberry and Producer and Director Jordan Allott.

“Christians in the Mirror” is a partnership between Joshuacoard, a Tampa-based nonprofit, and In Altum Productions.

Open to the public – persons of any religion, faith background, or belief system are encouraged to attend this opening premiere.

Tickets may be purchased ahead of time or the night of the premiere here: https://www.eventbrite.com/e/christians-in-the-mirror-tampa-premiere-tickets-49473957940.

For press and media inquiries, please contact Patrick Carberry. Press are invited to the premiere.

This press release was issued on behalf of the news source, who is solely responsible for its accuracy, by Send2Press Newswire. To view the original story, visit: https://www.send2press.com/wire/taking-a-hard-look-at-persecution-around-the-world-christians-in-the-u-s-make-documentary/