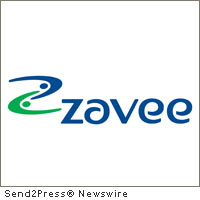 BOCA RATON, Fla. (SEND2PRESS NEWSWIRE) — Zavee LLC (www.zavee.com) has today announced their executive team, a dynamic group of attorneys, raised in the small business dynamic, who have created a social living website designed to stimulate local economies. The company recently made its debut in the South Florida market. Zavee offers local merchants highly-customizable marketing tools, which allow them to attract new customers and reward loyal ones. Zavee also provides cash back rewards to shoppers and diners, while encouraging them to write reviews and share their experiences.

This unique community-focused concept was created by three distinguished attorneys who are all committed to the importance of supporting the small business owner. The Zavee website offers easy-to-use tools for local merchants to help them compete with the larger corporate players by harnessing the latest web-based technologies and social media tools such as Facebook and Twitter. Merchants are able to offer discounts and specials, while tracking new customers and rewarding loyal ones. The local shoppers and diners benefit by receiving discounts every time they visit neighborhood establishments that are Zavee merchants.

“We launched in the South Florida market because we all have community ties here,” said Ron Stack, COO of Zavee. “This area was greatly impacted by the economic downturn and Zavee’s marketing tools will be able to help the local small business owner, the heart of the economic engine, begin the re-growth process.”

Alan Pleskow. Alan is Chief Executive Officer of Zavee and is responsible for Zavee’s overall vision and strategic direction. A practicing attorney, Alan is a shareholder and practice team leader at a major global law firm. He is a nationally recognized expert in Real Estate financing and represents major global financial institutions. As such, Alan divides his time between his law firm and Zavee. Alan is an experienced entrepreneur, having founded and sold a medical products company. Alan’s commitment to local business stems from his experience working as a house painter to put himself through college. A native of Buffalo, NY, Alan received his B.A. (cum laude) and J.D from the State University of New York at Buffalo. Alan lives in Parkland, FL with his wife and two children. He is an avid golfer, SCUBA diver and skier.

Ronald Stack. Ron is Chief Operating Officer of Zavee and is responsible for Zavee’s day-to-day operations. He works full time for Zavee. In addition to his operational responsibilities Ron directs Zavee’s marketing and software development strategies. Ron also spearheads, along with co-founder Stephen Rabinowitz, Zavee’s business development efforts. A former corporate lawyer, Ron has more than 20 years experience advising some of the nation’s largest brands and their agencies on effective marketing and communications strategies. Ron also produced and directed marketing videos, including a multiple award-winning video for the Republic of Singapore. Ron grew up among retailers, working summers and vacations for his family’s retail and auction firm. A native of Long Island, NY, Ron earned his B.A. (cum laude) from Princeton University and his J.D. from Vanderbilt University, where he was an Editor of the Law Review. He also studied film and video production at New York University. Married with three children, Ron currently divides his time between Mendham, NJ and Highland Beach, FL. Ron enjoys classic cars and races his aging Porsche at tracks throughout the Northeast.

Zavee is a community-focused, “Social Living” site that benefits shoppers, merchants and charitable causes. Via the website and Facebook, shoppers learn about all the hottest deals and offers and are rewarded with cash back each time they shop and dine at Zavee merchants. They can then “socialize” their experiences by writing reviews about the merchants they just visited. Merchants benefit from Zavee’s innovative marketing program, allowing each partner to tailor their deals, offers and loyalty programs to their customers’ needs. And causes benefit from Zavee’s unique Care Shares(TM) program that puts shoppers in control of Zavee’s charitable donations. Visit www.zavee.com or via Facebook www.facebook.com/Zavee .

News Source: Zavee LLC :: This press release was issued on behalf of the news source by Send2Press® Newswire, a service of Neotrope®.