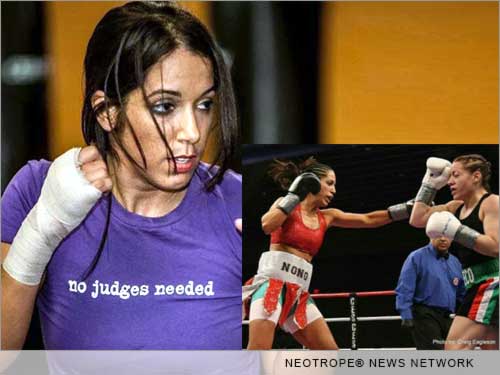 TAMPA, Fla. /Florida Newswire/ — Noemi Bosques has dreamed about fighting for a world title since her father laced on her first boxing gloves at the tender age of three. On December 13 at the Florida State Fairgrounds, the St. Petersburg native will have her wish come true when she fights Pueblo, Colorado's Chantel Cordova in a 10-round bout for the vacant WBU (World Boxing Union) World Super Flyweight Championship, PPR Management announced today.

Bosques brings a 7-1-2 2 KO's record as a pro boxer into the ring against the more experienced 13-5-2 3 KO's Cordova, a former world champion who is considered an elite female boxer.

"I know that this is a big step up for me. Chantel has been a world champion and has had a distinguished amateur career and has won many titles. I'm the underdog in this bout and that motivates me," says Bosques.

TEDxIVC, Most Ambitious TEDx Event in OC, is Giving Tickets Away

Matrix Systems Announces the Launch of Its Redesigned Website