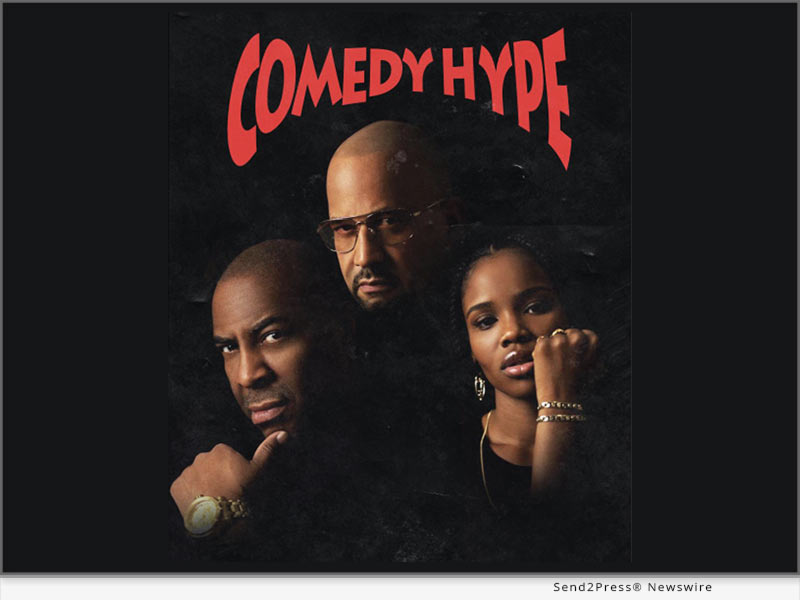 “HALF/TRUTHS” provides the audience with a glimpse of a very real and raw Pierre as he jokes about challenges he experienced when, at 11-years-old, his German mother and African American father shipped him away from the comforts of his nonracial life in Germany, to live with his Black family in race-obsessed Washington, D.C.

“I came from Germany. I had long flowing hair. I looked like Prince on his first album – wasn’t a good look in the hood,” Pierre tells the audience. “My cousin would get his hair cut, I went to get mine ‘did.’ It was a difference. I couldn’t go to a barbershop, none of my pictures was on the wall. I had to bring in a Right On Magazine with Janet Jackson from Different Strokes, I want this look.”

Jon Aba, CEO of Comedy Hype, notes, “The mission of our company since day one has been about empowering ourselves and those around us. We’ve been fortunate to turn our partnership with Pierre into one that continues to grow.”

Pierre’s comedic credentials go back to appearing on the first year of HBO’s Def Comedy Jam, BET’s Comic View, Showtime at the Apollo, and Martin Lawrence Presents 1st Amendment Stand-Up. He has headlined at premiere comedy clubs including Carolines on Broadway in New York City, Uptown Comedy Corner in Atlanta, and at international venues in Japan, South Africa, and throughout Europe. On the acting front, the man that renovates homes as a hobby, played the boyfriend of Academy Award-winning actress, Halle Berry, in “B. A. P.s,” alongside Bill Bellamy in “How to be a Player,” and he wrote, directed and starred in the urban classic, “For Da Love of Money.”

With studios in Atlanta and Los Angeles, Comedy Hype came from humble beginnings and is rooted in tenacity and hustle. It was founded as an urban news blog in 2009 by Aba while living at his grandmother’s house and has evolved into the popular Comedy Hype YouTube Channel with nearly a million loyal subscribers and a daily news show averaging over 100 thousand views per show. Their new streaming platform, hypeplustv.com, will expand beyond comedy. In addition to interviews with popular comedians like Amanda Seales, Affion Crocket, and Don DC Curry, the site will feature a broad range of film projects and conversations with musicians, actors and other celebrity influencers.

To keep up with Pierre you can check him out on his Youtube podcast, “Pierre’s Panic Room” and @ComicPierre on social media. For more information about Comedy Hype and Hype+ check @ComedyHype on all social media.

This press release was issued on behalf of the news source, who is solely responsible for its accuracy, by Send2Press Newswire. To view the original story, visit: https://www.send2press.com/wire/comedy-veteran-pierre-gets-real-about-race-in-witty-stand-up-micro-special-half-truths-streaming-on-hypeplustv-com/

After, Inc. Partners with ENVE to Offer a Seamless Registration Process to its Dealers and Customers