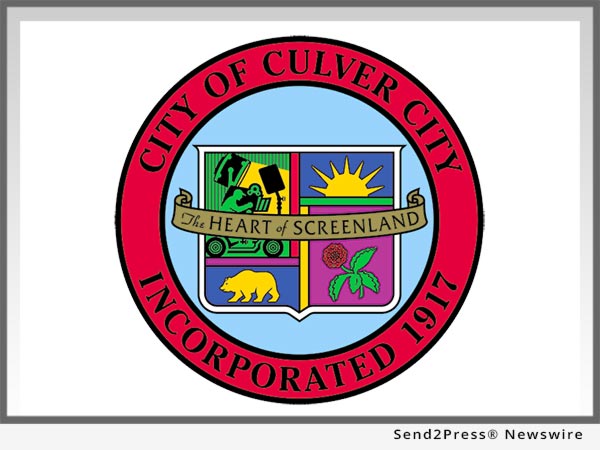 CULVER CITY, Calif., Mar 30, 2017 (SEND2PRESS NEWSWIRE) — At its March 27, 2017 meeting, the City Council of the City of Culver City adopted a Resolution to declare itself a sanctuary city. According to the Resolution, “The City of Culver City is a sanctuary city for all of its residents, and the City stands in solidarity with other sanctuary jurisdictions. The City reaffirms its commitment to welcome individuals with diverse backgrounds and will uphold and protect the human and civil rights of all individuals under the State and Federal Constitutions, regardless of immigration status.”

“That is part of what it means to be a City of Kindness,” said Culver City Mayor Jim B. Clarke.

The adoption of this Resolution is the latest in a recent string of actions by the City, the Culver City Police Department, and the Culver City Unified School District to support human and civil rights, such as:

1) The City Council’s 2016 Legislative and Policy Platform, which “commits to pursuing a policy agenda that affirms civil and human rights”;

3) the Culver City Unified School District’s November 22, 2016 declaration that every school campus is “a safe zone”;

4) multiple statements from Culver City Police Chief Scott Bixby expressing the Department’s commitment to protecting the rights of all persons, regardless of immigration status; and

“This is not a decision the City Council came to lightly, and it is always helpful when the community expresses their opinions on an issue,” said Mayor Clarke. “Even though Culver City has not historically participated in the enforcement of immigration laws, it is important to cement our promise to protect the public’s safety as well as the rights of all of our City residents, regardless of their immigration status.”

The City of Culver City joins a growing number of cities in declaring itself a sanctuary city. According to the adopted resolution, Culver City will continue to “act in a manner consistent with the American Civil Liberties Union (ACLU) 9 Model State and Local Law Enforcement Policies and Rules.”

Some of the City’s current practices include not voluntarily releasing personal identifiable information to Federal immigration authorities and requiring judicial warrants before detaining any individuals at the request of Federal immigration authorities. The resolution also includes language supported by the Culver City Action Network (CCAN), a local advocacy group that promotes sanctuary policies. For questions about the City of Culver City’s stance on immigration enforcement, please contact Community Relations Lieutenant Troy Dunlap at (310) 253-6258.

Culver City is a five-square-mile, urban community of 39,000 residents surrounded by the City of Los Angeles is and centrally located on the Westside near Santa Monica, Beverly Hills, and Los Angeles International Airport. Culver City is particularly known for its well- run public school system, “small town” charm, growing high-tech and creative economies, and a dynamic downtown that is regionally known as a destination for restaurants, live theatre, and art galleries.

For more information, please visit the City’s website at https://www.culvercity.org/.

This press release was issued on behalf of the news source, who is solely responsible for its accuracy, by Send2Press Newswire. To view the original story, visit: https://www.send2press.com/wire/culver-city-california-becomes-a-sanctuary-city/

After, Inc. awarded ‘Disruptor of the Year 2020’ by the Internet Marketing Association for its QuickReg™ Smart Registration Platform