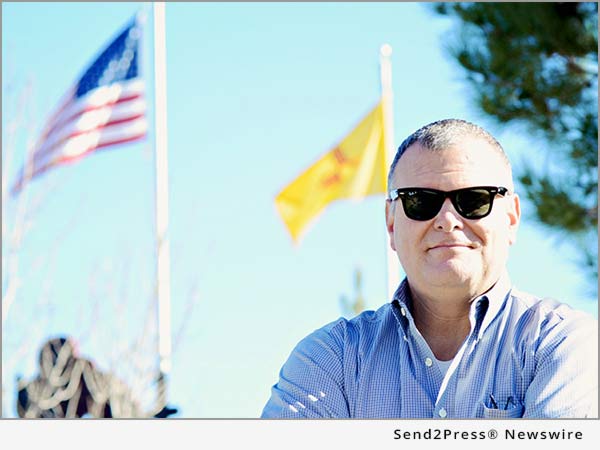 In “Glimpse,” a small group of agents who will become known as the “Men in Black” deploy in response to an event that provides a harrowing glimpse into humanity’s apocalyptic future.

“Glimpse” revolves around an actual mass UFO sighting that occurred over the course of several days in the Farmington, New Mexico area (Four Corners region) in March 1950. A very spectacular event, yet not many people are even aware of it.

Daniel P. Douglas is a U.S. Army veteran who has also served as a senior analyst in the U.S. intelligence community. As a writer, Douglas creates epic tales – of the past, present, and future – with the most unlikely of heroes, and calls upon them to join extraordinary and mysterious struggles. His characters’ sometimes-reluctant choices and actions put them on a collision course with destiny and reveal unimaginable truths.

Douglas explores this theme through science fiction, conspiracy, mystery, suspense, and thriller books and screenplays. Born and raised in Southern California, Douglas has also lived in Virginia and Arizona. He now lives in New Mexico with his family, pets, and livestock.

About the Page International Screenwriting Awards

The PAGE International Screenwriting Awards was established in 2003 by an alliance of Hollywood producers, agents, and development executives. Our goal: to discover the most exciting new scripts by up-and-coming writers from across the country and around the world.

And now, due to the unprecedented success of so many of our winning writers, the PAGE Awards contest is widely recognized as one of the most important sources for new screenwriting talent within the Hollywood community and worldwide.

This press release was issued on behalf of the news source, who is solely responsible for its accuracy, by Send2Press Newswire. To view the original story, visit: https://www.send2press.com/wire/daniel-p-douglas-cold-war-sci-fi-thriller-short-script-glimpse-advances-in-2016-page-international-screenwriting-awards/

The Cesario Group Officially Certified as An LGBT Business Enterprise