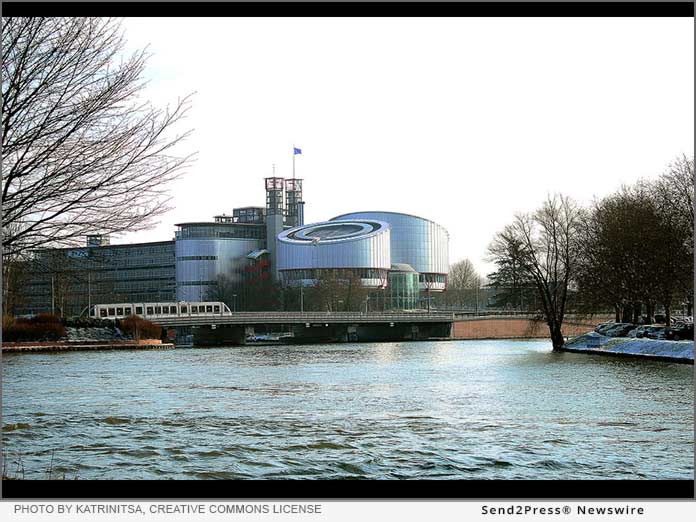 LOS ANGELES, Calif., Oct 06, 2021 (SEND2PRESS NEWSWIRE) — The European Court of Human Rights (ECHR) has once again affirmed the rights of Scientologists in Russia to practice their religion based on Article 9 of the ECHR Convention for the Protection of Human Rights and Fundamental Freedoms, announced the Church of Scientology International.

“Everyone has the right to freedom of thought, conscience and religion; this right includes freedom to change his religion or belief and freedom, either alone or in community with others and in public or private, to manifest his religion or belief, in worship, teaching, practice and observance.

In its September 28, 2021, judgment in Kuropyatnik v. Russia, (Application no. 64403/11), the ECHR ruled that Scientologist Vladimir Leonidovich Kuropyatnik, a Moscow Scientologist, was illegally detained by a Russian police officer who questioned him on the basis of his membership in the Scientology religion.

The Court found Kuropyatnik’s October 13, 2010, detention deprived him of liberty and violated Articles 8 and 9 of the Convention for the Protection of Human Rights and Fundamental Freedoms which guarantee the right to respect for private and family life and freedom of thought, conscience and religion.

The ECHR noted that at the time this incident took place, the Church of Scientology had been registered as a religious organization in Russia for more than two decades and that Russian authorities had consistently over the years acknowledged the religious nature of Scientology. This Court found Russian police targeting Mr. Kuropyatnik for being a Scientologist was a blatant abuse of his religious freedom by the Russian state and ordered Russia to pay him €8,000 in damages for violating his human rights.

The European Court of Human Rights was established to create a mechanism for the resolution of human rights complaints against States parties to the Convention for the Protection of Human Rights and Fundamental Freedoms. The Convention was adopted by the Council of Europe in 1950. Located in Strasbourg, France, the Court has jurisdiction over 47 states in Europe, including Russia, with a combined population of some 820 million citizens.

This announcement was originally published as a blog on the Scientology Religion website. The Church of Scientology publishes this blog to help create a better understanding of the freedom of religion and belief and provide news on religious freedom and issues affecting this freedom around the world.

This press release was issued on behalf of the news source, who is solely responsible for its accuracy, by Send2Press Newswire. To view the original story, visit: https://www.send2press.com/wire/european-court-of-human-rights-affirms-freedom-of-religion-or-belief-of-russian-scientologist/