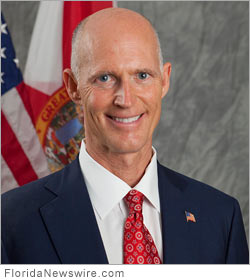 “With six law enforcement officers killed in action during the past four months, the news of these drops in Florida’s crime rate reminds us that public safety comes from the commitment of selfless public servants,” Governor Scott said. “In acknowledging these statistics, I want to commend the men and women of law enforcement for their valor and dedication.”

“It’s clear that public safety is a Florida priority,” said Commissioner Bailey. “I applaud the work of our chiefs, sheriffs and state law enforcement; our partnerships have been instrumental in bringing the crime rate to record lows.”

The UCR includes data submitted by 410 of the state’s 415 law enforcement agencies for crimes reported in 2010. The 410 submitting agencies represent 99.98 percent of the total population of the state.

The complete 2010 Uniform Crime Report, including county-by-county breakdowns, can be found on FDLE’s Web site: www.fdle.state.fl.us/fsac/ucr/.

Churches of Scientology Promote Community Partnership on National Night Out