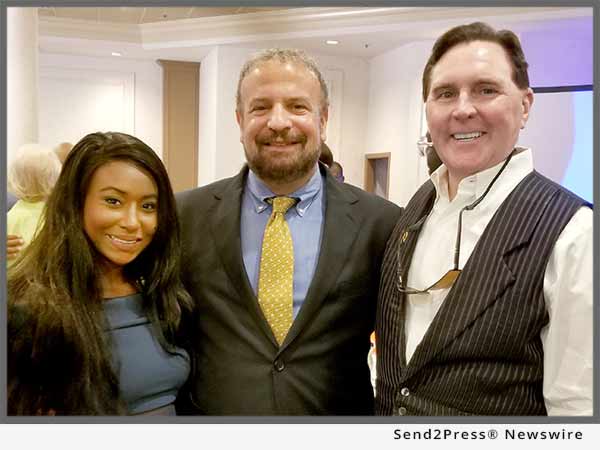 Held at Michael’s On East, the annual awards ceremony entitled, ‘Flames of Distinction’ honored several members of the local Sarasota community for their ongoing efforts to improve the lives and quality of life of families in the greater Sarasota area who, lead by example and ‘pay it forward.’

David L. Goldman of the law firm Shapiro, Goldman, Babboni, Fernandez, & Walsh was one of the honorees. Also honored were Trevor Harvey, who headed the local chapter of the NAACP for over a decade, and local homebuilder and philanthropist, Lee Wetherington.

Mr. Goldman spoke of the importance of children having a positive male role model in one’s life, and how fortunate he was to have a supportive and loving father to mentor him. He noted that leaders in the community, such as teachers, coaches, other relatives, and even law enforcement officials, can help fill that void in the absence of a strong father figure. Dr. Eddy Regnier, an eminent local psychologist, spoke in great detail about studies demonstrating the positive effect of the male role models, whether fathers or father figures, particularly with respect to the need for children to “play” and know limits.

In accepting the award recognizing his longstanding contributions to local charitable organizations in our community, Mr. Goldman made reference to “Tikkun Olam,” a Jewish concept defined by acts of kindness performed to perfect or repair the world. He noted that what the honorees and the Westcoast Center all had in common was a sense of purpose to repair the world by helping others in our community who may be at a disadvantage. Mr. Goldman added that this was a universal mission felt by all people of good faith from diverse backgrounds, and that he looked forward to being able to continue to help serve the needs of our community.