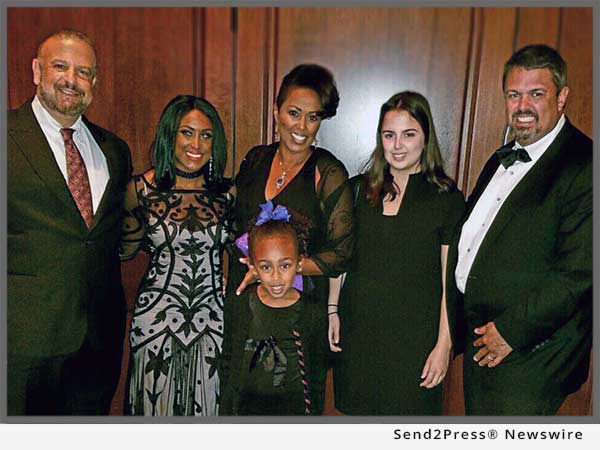 Held at the Polo Grill in Lakewood Ranch, the Westcoast School for Human Development’s 45th Annual Banquet was a celebration and awards ceremony in support of several individuals who have gone above and beyond to improve the lives of those in their local community.

Cultivating a creative and academically challenging atmosphere, the Westcoast Center for Human Development strives to provide a well-rounded and rewarding education to their students which range from Kindergarten to the 12th Grade and are primarily of African-American and Latino descent.

During the banquet an awards ceremony was held honoring the work of community activists with the “Heart of Gold” Award. Winners of the award included Reverend Thomas Pfaff for his work with Goodwill Industries and local interfaith organizations in Sarasota, and Julie Leach for her tireless efforts on behalf of the Westcoast Black Theater Troupe.

Bishop Henry Porter honored Sheila Martin-Askew, who partnered with the Westcoast School to start a gospel chorus in Malaysia, with a “Heart of Gold” award.

Other “Heart of Gold” honorees included Jarvie Hutcherson of Beverly Hills, California, received a “Heart of Gold” award for his work with the Multicultural Motion Picture Association, and educators and ministers Bishop W. James Brown, Dr. Marthenia Dupree, Amy Campbell and Sharon Cook were also recipients of the award.

Longtime supporter of the Westcoast Center for Human Development and the commencement speaker at the school’s 2015 graduation, civil trial and personal injury attorney David L. Goldman sponsored the banquet and attended the festivities.

Mr. Goldman had this to say about the event, “Few organizations in the Sarasota area have done as much good for the community they serve as the Westcoast School for Human Development. I am proud to support this organization and attending the banquet and awards ceremony has been a wonderful experience.”