TALLAHASSEE, Fla. /Florida Newswire/ — Today, Governor Rick Scott announced his proposed K-12 per-pupil funding in the 2015-2016 “KEEP FLORIDA WORKING” budget of $7,176, which is the highest ever in Florida’s history. The Governor’s 2015-2016 “KEEP FLORIDA WORKING” budget also includes $19.75 billion in total K-12 education funding, which is the highest level for the second year in a row, exceeding the $18.9 billion that was provided in fiscal year 2014-2015. 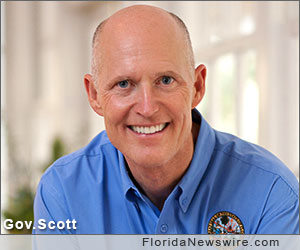 Governor Scott said, “Our historic funding proposal of $7,176 per student will provide our schools the resources for our students to have the very best opportunity to succeed because we know the workers and leaders of tomorrow are in our classrooms today.”

He added, “We are also continuing our historic investments in total funding, which this year will stand at $19.75 billion, the highest in state history. These record investments will continue to equip our students for the jobs of tomorrow, and help us on our path to be the number one destination for jobs.”