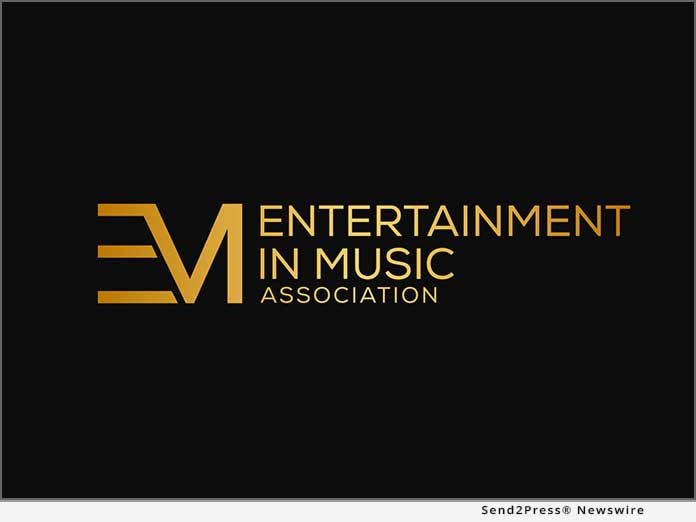 LOS ANGELES, Calif., Nov 10, 2021 (SEND2PRESS NEWSWIRE) — The Golden State Pops Orchestra / Friends of the GSPO nonprofit arts organization announces that they will now be doing business as the Entertainment in Music Association. The purpose of the association will be to support passion and creativity through the art and entertainment of music. This includes governing and funding the Golden State Pops Orchestra ensemble and other new projects related to music entertainment.

The Entertainment in Music Association is already in development on multiple projects. The first will be announced in the coming weeks and promises to be an exciting initiative and collaboration with other industry professionals.

Steven Allen Fox, President of the GSPO Board of Directors, stated that “This is the largest growth of our corporation in our nearly 20-year history. Through this expansion we will have the versatility to become part of many projects and ideas that would otherwise be out of reach as only an orchestra. We see ourselves playing a vital role in what entertainment in music, both live and recorded, becomes in the future.”

With a driving mission to create, develop and present innovative and fresh orchestral concerts, the Golden State Pops Orchestra/Friends of the GSPO (GSPO) is quickly becoming nationally known as a pioneer in providing quality film music with a second life on the concert stage, in productions that absorb audiences from beginning to end.

The orchestra performs a wide variety of musical repertoire, including classical, Broadway, pop music and even video game soundtracks. However, the primary focus of the GSPO remains film music, a specialty of the orchestra since its founding in 2002.

The orchestra is composed of professional freelance musicians from around the Los Angeles area and operates under a Metropolitan Agreement with the American Federation of Musicians, Local 47. One of GSPO’s core values is the continuous advancement of our artistic capacity and production values, while maintaining a focus on high-quality performance. We work constantly to build even more relationships with composers and entertainment industry professionals, and to bring our unique brand of entertainment to world-renowned venues throughout Southern California.

This press release was issued on behalf of the news source, who is solely responsible for its accuracy, by Send2Press Newswire. To view the original story, visit: https://www.send2press.com/wire/golden-state-pops-orchestra-friends-of-the-gspo-announce-the-creation-of-the-entertainment-in-music-association/