Home National US News LACC Basketball Coach Mike (Michael) Miller Reveals Facts About His Innocence on TV show After Being Found Not Guilty On All...
SHARE
Facebook
Twitter 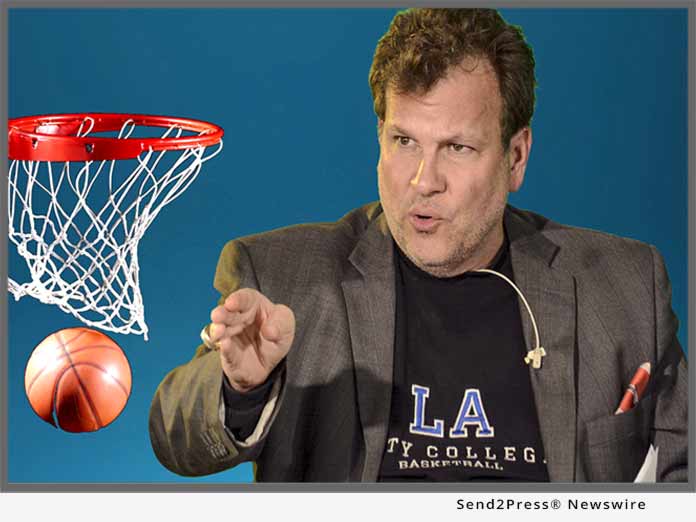 LOS ANGELES, Calif., Aug 07, 2018 (SEND2PRESS NEWSWIRE) — Los Angeles City College Coach Mike Miller, who gained fame as the most winning college basketball coach in the country from 1997-2006, with a winning percentage of .885 and a record of 241-38, was found not guilty by 12-0 vote in a jury trial verdict in Los Angeles Superior Court; announced the California Basketball Association (CBA).

Coach Miller coached Los Angeles City College to a national record 14 straight conference championships from 1993-94 to 2006-07. This amazing record of excellence is highlighted by legendary Division I coach Bill Self and his University of Kansas Jayhawks who just tied LACC and coach Miller’s long standing record of consecutive conference championships by the same coach.

Coach Miller scored his biggest victory off the court when a jury unanimously found him not guilty in a three week long jury trial in Department 54 of the Los Angeles Superior Court at the Clara Shortridge Foltz Criminal Justice Center in Los Angeles. Coach Mike Miller was aggressively prosecuted and charged with 13 misdemeanor counts by the Los Angeles City Attorney Chadd Kim, who waited almost an entire year to bring the misdemeanor charges in case number 4CA00067 on November 17, 2014.

Because of Coach Miller’s past successes as a college basketball coach and a noted author, the case received major media attention, specifically from KTLA Channel 5 News who falsely reported that Coach Miller was the owner of a Prep School and that he ran it out of his house as well as going to great lengths to detail the accusations made against Coach Miller. Neither Channel 5 News nor the L.A. Times bothered to provide further updates, nor subsequent articles on the outcome of the matter.

After a three week jury trial, commencing on June 8, 2015 and ending on June 30, 2015, the jury unanimously found Coach Miller not guilty of the serious charges of (i) Penal Code Section 243.4(E)(1) (i.e., the sexual battery claim against Miller) and (ii) four counts of Penal Code Section 242 (i.e., the battery claims against Miller). The court also dismissed all eight counts of Penal Code §647(J)(3)(A) (i.e., the claims that Miller used a concealed camera to view a person’s body in a private room) in the furtherance of justice.

The Los Angeles Times article and KTLA Channel 5 news stories read in a vacuum and without further context of Coach Miller’s resounding exoneration, is ultimately misleading to the public about the truth of the matter.

Throughout the proceedings Coach Miller steadfastly maintained his innocence and reflected on the absurdity of the charges: “This was like an abnormal psychology text book coming to life.”

Miller stated in a recent exclusive interview on his own TV show: “It was like she (L.A. City Attorney Chadd Kim) didn’t want to prove I was a vegetarian, she just wants to prove I don’t eat meat.”

The following is the search result of case number 4CA00067 and is found online at: http://www.lacourt.org/criminalcasesummary/ui/.

The California Basketball Association (CBA) is a premier Basketball League in Los Angeles formed to give players an opportunity to showcase their skills to overseas scouts. The CBA is an exciting fast paced semi-pro basketball league for men and women. The season runs November to March with all games on Sundays in same location.

This press release was issued on behalf of the news source, who is solely responsible for its accuracy, by Send2Press Newswire. To view the original story, visit: https://www.send2press.com/wire/lacc-basketball-coach-mike-michael-miller-reveals-facts-about-his-innocence-on-tv-show-after-being-found-not-guilty-on-all-charges-in-jury-trial/