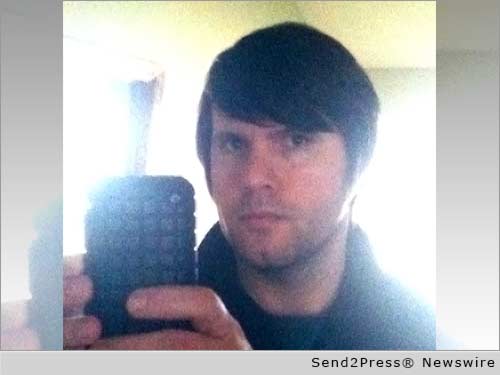 ST. PETERSBURG, Fla. /Florida Newswire/ — Cory Allen Contemporary Art (CACA) today announced that the recently leaked nude images of Academy Award-winning actress Jennifer Lawrence and Supermodel Kate Upton will be the latest additions to L.A. artist XVALA's "Fear Google" campaign and will be on display to the public, unaltered, in the artist's upcoming show "No Delete" next month at CACA's The Showroom; located in the Warehouse Arts District in Saint Petersburg, Fla.

"We share our secrets with technology," said XVALA. "And when we do, our privacy becomes accessible to others."

Printed on canvas, life-size and unaltered, the leaked images of Lawrence and Upton will be the latest installment for XVALA's long-awaited show "No Delete"; displaying the artist's 7 year collection of images found on Google of celebrities in their most vulnerable and private moments, that were comprised by either hackers or the paparazzi.

XVALA's use of celebrity compromised images for his work has received mainstream media attention world-wide since 2007, when the artist appropriated the iconic Britney Spears' shaved head portrait that he displayed in a 17th-century Italian reproduced Tabernacle Frame. In 2011, XVALA posted the leaked nude images of actress Scarlett Johansson throughout the streets in Los Angeles with "Fear Google" logo covering her intimate areas. Both pieces will be included in the show.

The artist's "Fear Google" campaign also includes sculptures fabricated from the residential trash of celebrities and tech icons, such as Steve Jobs, Mark Zuckerberg, Kim Kardashian-West, and others; comparing personal trash to information thrown away and becoming accessible to the public for anyone's use.

"In today's culture, everybody wants to know everything about everybody. An individual's privacy has become everyone else's business," said XVALA. "It has become cash for cache."

"The commentary behind this show is a reflection of who we are today," said Allen. "We all become 'users' and in the end, we become 'used.'"

"No Delete" will open to the public at CACA's The Showroom, the world's first public relations gallery, located in the Warehouse Arts Districted in St. Petersburg, Fla. on October 30, 2014.