FLORIDA NEWSWIRE – OPINION: For a group that laments on constitutional purism, I’m always amazed at Republicans’ attack on our First Amendment rights. It appears that to them, the Second Amendment right is hard and fast, but the first is based on the whims of its radical government. 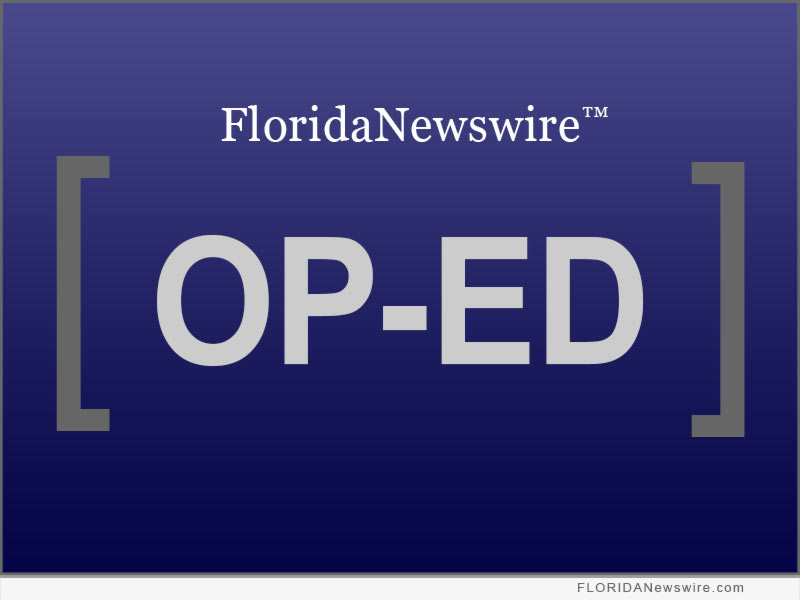 Apparently, for Ron DeSantis, he feels that anything that falls outside the realm of protected speech should be categorized as: ideas and activities that attack his fragile ego.

The governor doubles down on that war each month with a new strike on his enemies.

DeSantis was off to a running start this year with the controversial “don’t say gay” bill, which outlawed discussion of sexual orientation and gender identity. Though the bill was an offense to the freedom of speech itself, when one of Florida’s largest employers, Walt Disney World, decided to speak out on the subject in a totally inoffensive way, DeSantis showed that he is more about government retaliation than he is about law.

Disney changed its language from “boys and girls,” to “dreamers of all ages.” You would think this would barely register as a blip on the radar for literally anyone, but nope, Ron took it personally and decided that he must attack back by dissolving Disney’s special district Reedy Creek, established in 1967. To a scholar of law, or really anyone with an elementary understanding of the constitution, the purpose of the First Amendment is to protect citizens from government retaliation for saying things that the government might not agree with.

It seems very clear to me that most people should view DeSantis’s actions as blatant disregard for the most basic laws of our constitution.

As the year progressed, he continued to amaze me. In June he signed into law a bill that requires public universities to survey their faculty and students about their political viewpoints and beliefs. The outcome being that the schools risk losing their funding if their results are not satisfactory to the Republican led government.

To say that this survey limits speech is an understatement. To use governmental power to ensure that your political beliefs are being taught, is at the very least an overreach of power and crosses dangerously into a dictatorship. Regardless, this new law is a gross violation of our First Amendment rights.

DeSantis’s violations of our First Amendment law doesn’t end there either. Last week he suspended twice-elected states attorney, Andrew Warren, citing that Warren signed a joint statement with other elected prosecutors pledging not to press charges against those receiving an abortion (or doctors providing one), and condemning laws that criminalize doctors who perform gender-affirming health care.

By suspending Warren, the governor once again one upped himself in his aspirations of dictatorship. Despite the fact that those laws are, in fact, unconstitutional, he didn’t actually point to any wrong doing on the prosecutor’s part- only the policy interpretation. Or, in other words, his speech, the speech that dissented from DeSantis’s own political ideology.

Warren said, “None of those (abortion or transgender health care) cases have been brought to us. When they bring us a case, we’ll evaluate the case on the merits.”

So, DeSantis is not only trying to overthrow a free and fair election with a violation of the freedom of speech, he is also trying to contend that he is clairvoyant.

To top off his flagrant infraction on the US constitution, DeSantis makes sure he violates all points of the First Amendment.

Despite the fact that the 15-week abortion ban violates the aspect of the First Amendment that says government should not impose a state religion on the public, seven Florida clergy have taken that idea even further with separate lawsuits against the state ban. Two Christian, three Jewish, one Unitarian Universalist and one Buddhist clergy argue that their ability to live and practice their religious faith is being violated by DeSantis’s new abortion law. Their argument is that the ban violates the religious freedom ensured to them in the First Amendment of the constitution.

As obvious as it may be that a ban based on some religions cannot be imposed on those with other religions, the governor seems either oblivious or even malicious.

One thing is for sure: DeSantis definitely does not want to hear dissent. He proved that when he passed the House Bill 1 “anti-rioting law.” This bill was passed after the killing of George Floyd to try and curtail protesting under the auspices of defining them as a riot. As the First amendment protects the right of people to assemble, the governor apparently thought protests were therefore game to be considered for violations.

House Bill 1 said that any person participating in a rally or protest could be charged with a felony if three or more other people at that event engaged in unlawful activity resulting in imminent danger of damage to property or injury to another person. In other words, you could be charged for an offense committed by people who you did not know, even if you were peacefully protesting.

Fortunately, US District Judge Mark Walker struck down the provision saying it “could effectively criminalize the protected speech of hundreds, if not thousands, of law-abiding Floridians. … This violates the First Amendment.”

None of this has deterred DeSantis. He continues to find new ways to infringe on the rights of his citizens. When one thing doesn’t work, he’ll just try another. Some might wonder if the path he’s following would lead to a dictatorship-like government for our state. Likely following that track towards the United States Presidency. Whether this is true or not, one thing is for certain: he won’t ever stop until he is stopped by the ballot box.

An Innovative Approach to Bringing Historical Roots to Contemporary Art