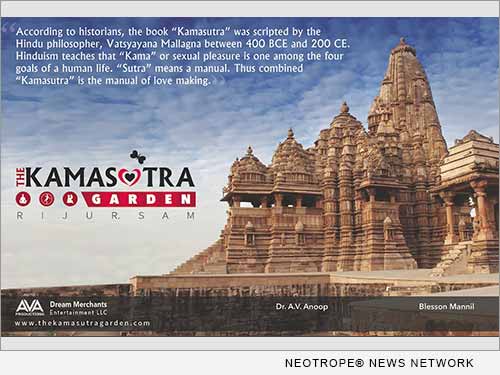 "The film will attract people's attention and take them into a fantasy world that is every man's dream," said Blesson Mannil, the Executive Producer for "The Kamasutra Garden."

The mythical Kama Sutra is an ancient Hindu text on human sexual behavior and is famous for describing the art of making love. According to historians, the book "Kamasutra" was scripted by the Hindu philosopher, Vatsyayana Mallagna between 400 BCE and 200 CE. The book illustrates sexual positions that satisfies both sexes and has written that the "art of love making" is a dual responsibility. Hinduism teaches that "Kama" or sexual pleasure is one among the four goals of a human's life. "Sutra" means a manual. Thus combined "Kamasutra" is the manual of love making.

Dream Merchants Entertainment ( http://www.oxygenkreative.com/ ) is an independent media company dedicated to the production of high quality, marketable films outside of the bloated Hollywood budget infrastructure. Dream Merchants believes that the Film Business is the "marriage" of Concept, Technology, and Marketing, where innovative concepts and marketing insights are needed to keep up with technology that is changing rapidly.

RodthaGreat’s ‘The Garden’ Hits the iTunes Charts with VIP Recordings