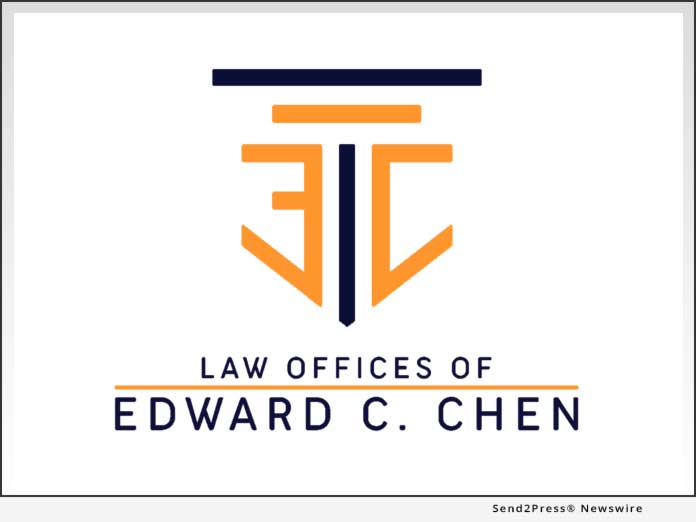 IRVINE, Calif., Aug 14, 2019 (SEND2PRESS NEWSWIRE) — The Law Offices of Edward C. Chen have filed a series of class action lawsuits against Tesla, Inc. for issues relating to the recent battery fires that have occurred worldwide and for Tesla’s used/certified pre-owned car sales.

Our client purchased a used, certified pre-owned (CPO) Tesla vehicle in late 2017. Despite promising a full inspection of the car prior to purchase, Tesla failed to disclose any material information regarding any inspection that was done and failed to inform Nguyen that his car was only capable of reaching 166 miles at maximum battery capacity as opposed to the EPA rated 210 mile estimate for the same year’s model.

After nearly two years of back-and-forth with Tesla, it was also discovered that Tesla had potentially failed to display and provide purchasers of its used vehicles with the written “Buyer’s Guide” form as required by federal law. The Federal Trade Commission (FTC) is the governmental authority tasked with enforcing the law and can fine offenders and used-car dealers like Tesla with penalties of up to $42,350 per violation.

It is estimated that over 13,000 used, certified pre-owned, Tesla vehicles were sold by Tesla beginning from April 2015. Based on these numbers alone, Tesla would therefore be subject to a payment of penalties for $500 million – or more if the FTC were to seek the maximum penalty per violation in a separate enforcement action.

The second lawsuit, titled “David Rasmussen v. Tesla, Inc.,” case number 5:19-cv-04596-VDM was filed in the U.S. District Court, Northern District of California and arose after owners of affected Tesla vehicles began reporting significant range decreases following a series of software updates in May 2019 that appear to have bene issued by Tesla in response to recent cases of battery fires worldwide.

After several months of investigating potential causes for the range decrease, it appears that the most likely culprit is that Tesla discovered a widespread defect involving its Model S and Model X vehicles and knew that their vehicles would be at a high risk of catching on fire if charged to 4.2 volts, or 100% capacity, as advertised and sold to customers.

Lead counsel Edward Chen commented, “Tesla advertises these cars by their battery capacities like 60, 70, 75, 85 kWH etc. Tesla sold these cars with the advertised capacities and knew that they wouldn’t be safe if charged fully to max battery capacity. Tesla knew that they shipped out and delivered cars with this defect, yet they failed to inform customers of the defect. They thought that they could sneak around disclosure by using software updates to limit the ability to fully charge the batteries. What happened after, of course, is that owners like [David] my client saw an immediate range drop of approximately 30 miles or so after updating his car with Tesla’s updates [2019.16.1 and 2019.16.2].

What’s even worse is Tesla’s failure to acknowledge the fact that their own software updates limited the battery cap and throttled performance of their cars. They knew this and blatantly lied to people like [David] my client when he tried to get his battery replaced under warranty.

Tesla told customers like David that the range loss he was experiencing was ‘normal’ despite the obvious fact that a loss in range of approximately 30 miles suddenly and practically overnight is not normal degradation by any means. This is no different than what Apple did to their older iPhones in the throttling and performance case.

Tesla has taken the official stance that it issued these updates to ‘improve the longevity of these batteries’, when all that really means is that they are attempting to mitigate their liability and are seeking to avoid having to replace all of these batteries under warranty. This is no different than what Apple did by throttling the performance of its older iPhones.”

If you or someone you know has purchased a car from Tesla and have been denied a rightful under-warranty repair, you may be able to recover a portion of costs and damages by joining in the suit as class member.

About the Law Offices of Edward C. Chen:

Based in Irvine, California, the Law Offices of Edward C. Chen is Southern California’s top choice when it comes to helping clients achieve success with their legal matters. The firm is founded by Traditional Values that allow for Creative Solutions in order to achieve the most Effective Results.

This press release was issued on behalf of the news source, who is solely responsible for its accuracy, by Send2Press Newswire. To view the original story, visit: https://www.send2press.com/wire/battery-gate-warranty-gate-charge-gate-tesla-under-fire-after-series-of-class-action-lawsuits/