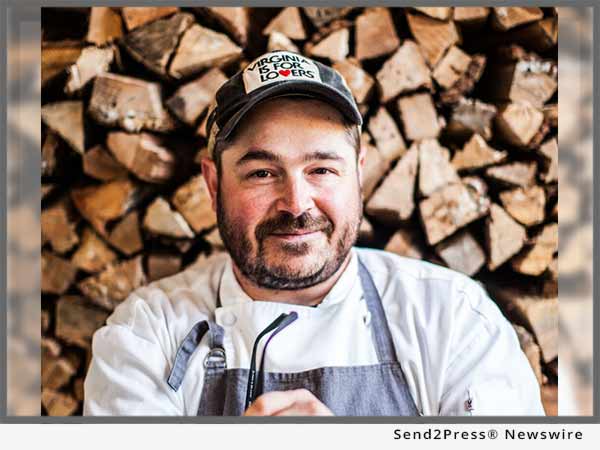 NEW YORK, N.Y., Jun 06, 2017 (SEND2PRESS NEWSWIRE) — The Myasthenia Gravis Foundation of America (MGFA), the nonprofit dedicated to raising research funds for and awareness of the neuromuscular disease myasthenia gravis (MG), announces that Chef Sean Brock has graciously volunteered to be an Awareness Ambassador for the organization.

The highly acclaimed chef, most known for his Southern culinary creations and his work on The Mind of a Chef, has spoken out about the challenges he faced in getting diagnosed and managing MG, and has begun planning a series of exclusive dinners aimed at raising funds for the MGFA’s mission.

“I clearly had the symptoms of MG, yet it took some of the best doctors in the world 18 months to confirm my diagnosis, and there’s no cure,” said Brock. “Unless we can fund research that can lead to a cure, we, myself and others with MG, continue to manage the symptoms in the best way that we can.”

Brock experienced double vision that made it difficult to walk and impossible for him to drive, and this weakness of his eyes also caused one eyelid to droop so it was nearly closed while the other became stuck wide open. This was not only uncomfortable for dealings with customers, but also made it painful to be in the sunlight, and contributed to further vision issues. While a drooping eyelid is among the classic symptoms of the disease, Brock was among the 10 – 20 percent of patients who have the disease but test negative for MG in bloodwork, making it a challenge for physicians to diagnose.

Brock responded well to treatment, a clear sign that he truly has MG, but fears that his condition could one day worsen, and hopes that research will be ahead of his MG.

“MG is a very challenging condition because of the profound impact it can have on muscle strength and daily activities that most of us take for granted. It is particularly hard to have a disease most people have never heard of — and for which there is no cure,” shared Nancy Law, chief executive officer, MGFA. “We applaud Chef Brock for giving a voice to other patients with MG who have experienced similar frustrations and barriers to diagnosis.”

Chef Brock will continue to share his experiences, and more information about his fundraising efforts will be available on http://www.myasthenia.org/ in the coming months.

About Myasthenia Gravis (MG):
Myasthenia gravis is a disorder causing extreme muscle weakness that can impact a person’s ability to see, eat, walk – and even to breathe or to smile. The condition is rare and non-contagious, and affects people of all races, genders and ages. In MG, the body’s immune system attacks the connection between the nerves and the muscles, which limits the ability of the brain to control muscle movement.

The degree of muscle weakness can vary from person to person, and day to day. Due to the high number of misdiagnoses, the precise number of people with MG is unknown, but MG is estimated to affect approximately 100,000 Americans. There are effective treatments for most, but not all with MG. There is currently no cure.

About The Myasthenia Gravis Foundation of America:
Founded in 1952, the Myasthenia Gravis Foundation of America (MGFA) is the only national volunteer health agency dedicated solely to the fight against the debilitating disease, myasthenia gravis. MGFA is committed to finding a cure for myasthenia gravis and closely related diseases, improving treatment options and providing information and support to people with myasthenia gravis through research, education, community programs and advocacy. MGFA serves patients, their families and caregivers through support groups and educational programs.

This press release was issued on behalf of the news source, who is solely responsible for its accuracy, by Send2Press Newswire. To view the original story, visit: https://www.send2press.com/wire/chef-sean-brock-honored-by-myasthenia-gravis-foundation-of-america-for-awareness-efforts/

How to Create a Shortcut on Windows 10: Make it Easy with PDNob Windows Shortcuts