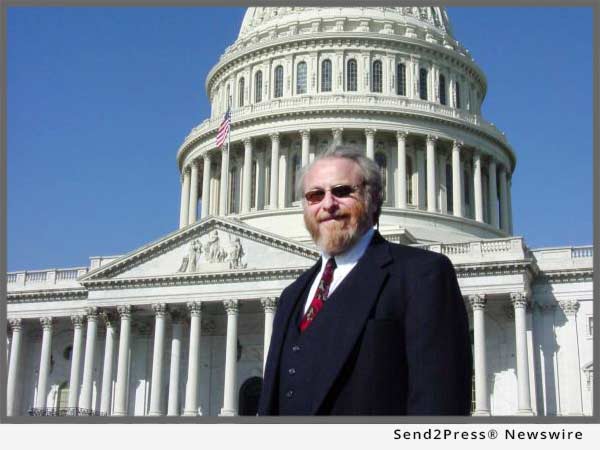 CORTE MADERA, Calif., Jul 28, 2017 (SEND2PRESS NEWSWIRE) — Dr. Don Harte, noted chiropractic activist and former Libertarian State Senate candidate, is offended by the current debate on so-called “health care,” and thinks that you should be, too.

“This is a created, an imagined problem of government being responsible for propping up an already highly profitable industry – Medicine,” according to Dr. Harte.

Dr. Harte asks, “Have you wondered what might be wrong with an industry that no one can afford? This was the excuse for Obamacare; especially that everyone needed ‘access.’ ‘Access’ to what they politely call ‘pain management’ has led to our opioid crisis. Obamacare made Medicine far less affordable, while Big Pharma made more money than ever. American Medicine now approaches one-fifth of the economy.”

According to Dr. Harte, “Politically popular social trends, have, through the current propaganda, become integral to what many now consider ‘health care.’ Included are things that are clearly an individual’s choice and responsibility, such as birth control and transgender treatment and surgery. The ‘righteous’ religious overtones of this part of the debate neglect the previously held medical ethic that you do not cut into healthy tissue. Nor should doctors be prescribing lifelong sex hormones, which are steroids, that will cause a myriad of health problems, up to and including cancer. More business for Medicine!”

“The adoption of Medicine as a government responsibility, thereby shared by all taxpayers, and as the latest ‘human right,'” Dr. Harte observes, “directly declares Medicine as the new State Religion. Those who question are to be branded heretics, as already happens in the case of mandatory toxic vaccinations.”

“I will not be a slave,” declares Dr. Harte. “Nor should any other doctor of any kind; nor nurses, techs or support staff in offices and hospitals.”

Dr. Harte advises, “Isn’t it time that we consider the fact that Medicine, Big Pharma and their government ‘health’ agencies are clearly making us sicker, while bankrupting both families and our government? Shouldn’t we, as a free people, have a conversation as to whether we want sick care, or actual health care, as the opposing paradigm, Chiropractic, offers?”

About Dr. Harte:
Dr. Don Harte, former medical student, is a traditional chiropractor serving the Greater San Francisco Bay Area since 1981. Dr. Harte was named 2006 “Chiropractor of the Year” by the World Chiropractic Alliance (WCA). He has served on the Boards of the WCA and the Council on Chiropractic Practice. His articles have been published in OMNI magazine, San Francisco Chronicle, Chiropractic Journal and Journal of the California Chiropractic Association. More information: http://www.chirodrharte.com/.

This press release was issued on behalf of the news source, who is solely responsible for its accuracy, by Send2Press Newswire. To view the original story, visit: https://www.send2press.com/wire/dr-harte-and-the-health-care-debate-a-loss-of-health-and-liberty/