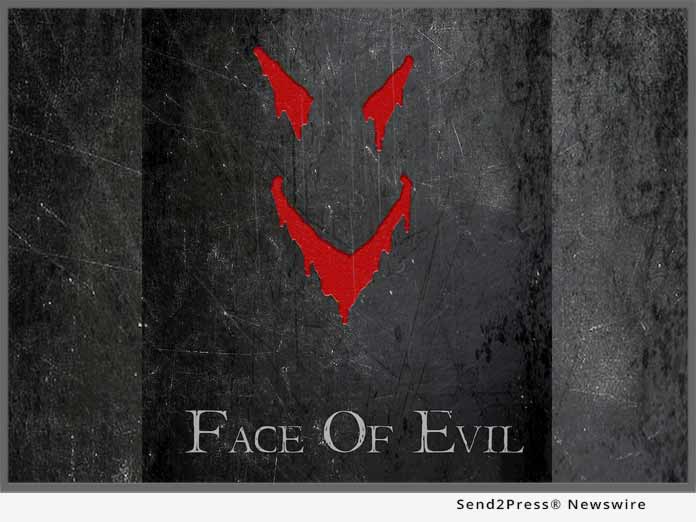 LOS ANGELES, Calif., Jun 29, 2018 (SEND2PRESS NEWSWIRE) — Awarded feature film “Face Of Evil” (F.O.E.) is being released by Gravitas Ventures and is now available on Video On Demand and DVD, right on time for your July 4th party! “This psychological thriller horror is also very entertaining and grotesque, and it’s ideal for your post-barbeque chilly-afternoon movie-time,” says the film’s writer/director Vito Dinatolo, of V-Movie.

Since a tender age, Vito Dinatolo developed a strong film addiction, which he was never able to cure! Vito has written, directed, shot, edited and produced short films, videos and TV segments of all kind. He recently opened his company V-Movie and produced, wrote, directed and scored “Face Of Evil.”

“Why did I make this movie? Because I always liked horror and monster movies and when I was a kid I had a nightmare about zombies that stuck in my mind,” says Dinatolo. “So, when it was the right time, I decided to gather all that subconscious information and passion and make a horror movie, but with a psychological depth, rather than making just another gory movie. Plus, I think the horror/fantastic genre allows the filmmaker to show your own style, with no star names, and make a name for yourself, and that’s a big deal!”

Brief film synopsis:
On July 4th, Private Jay Williams returns home from the Middle East, but a mysterious epidemic breaks out and starts infecting his friends at the party. The night has just begun.

Info and links to VOD, soundtrack and gadgets online at: https://FOEmovie.com/shop

The soundtrack, from electronic to rock, pop, hip hop and whatnot, will be available everywhere on July 23, 2018.

More info on F.O.E. also on the Gravitas site: http://gravitasventures.com/faceofevil

This press release was issued on behalf of the news source, who is solely responsible for its accuracy, by Send2Press Newswire. To view the original story, visit: https://www.send2press.com/wire/july-4-vet-shoots-among-the-crowd-its-not-real-news-its-thriller-face-of-evil-released-by-gravitas/

Mysterious Pandemic breaks out in psych thriller ‘Face Of Evil’