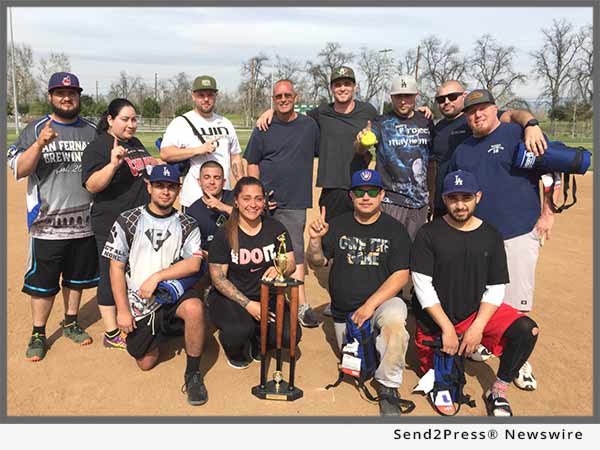 LOS ANGELES, Calif., May 12, 2017 (SEND2PRESS NEWSWIRE) — Thomas Tom Oseransky, Prime Time Softball League (PTSL) board member, congratulates “Lethal Weapon #1” who beat “Pure Genius” 12 to 11 to win the Championship. It was an exciting game that went back and forth and was finally over after an eighth and extra inning.

The teams had to wait three months to play the game due to rain delays. Oseransky says the 2016 season began with 30 teams, and 16 made the playoffs.

Thomas Tom Oseransky says that, “The PTSL is the Entertainment Business’s longest running softball league and has been in existence since the late ’80s. The League is coed and rules state that at least two women must be playing for each team at all times.”

Thomas Tom Oseransky has helped run the league since its inception, which was started by himself and Rosario Roveto Jr. and Larry Rosenthal.

This press release was issued on behalf of the news source, who is solely responsible for its accuracy, by Send2Press Newswire. To view the original story, visit: https://www.send2press.com/wire/lethal-weapon-1-wins-2016-2017-prime-time-softball-league-championship/