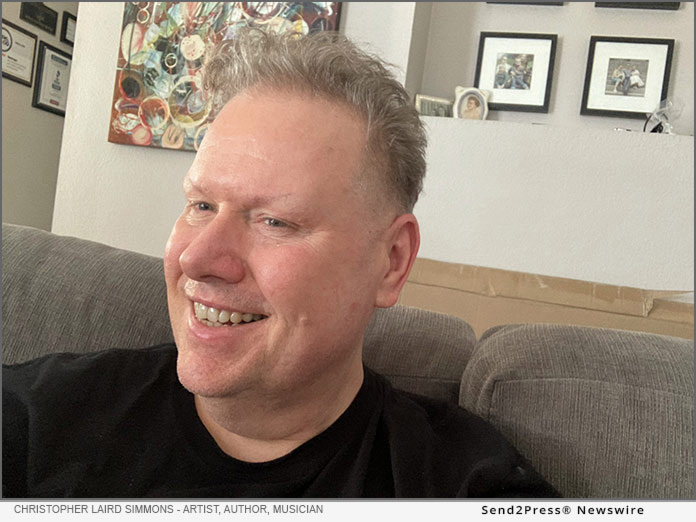 TEMECULA, Calif., Dec 31, 2021 (SEND2PRESS NEWSWIRE) — MuseWire has been selected by the panelists at Feedspot as one of the Top 60 Music Industry Blogs on the web. Musewire™ (aka Music Industry Newswire™) covers music makers, music gear, the music business and related topics; established 2005. A publication of Neotrope®. Edited by Christopher Simmons, a working tech journalist since 1984, and member ASCAP.

“This was a nice out-of-the-blue honor,” says Christopher Laird Simmons. “MuseWire used to be a fairly large news portal prior to 2016, when I scaled things back to more of a personal blog thing due to the explosion of ‘me-too’ music news sites. Now I just share stuff I’m into, and not every version update of a music plugin.”

“I personally give you a high-five and want to thank you for your contribution to this world. This is the most comprehensive list of Top 60 Music Industry Blogs on the internet and I’m honored to have you as part of this!” said Feedspot founder Anuj Agarwal.

“I hope to uplift the site by morphing into a video channel on YouTube sometime in 2022,” adds Simmons. “Video is really more compelling for many things now like reviews and tutorials of music tech. Since I just built a new home studio, the timing is just about right.”

MuseWire is an online magazine published and edited by Christopher Simmons, an award-winning artist, author, musician, photographer and creative. The publication covers new music, new music tech and gear, and selected news from music education and music business concerns. MuseWire was originally known as Music Industry Newswire (MIN) prior to a rebrand and scale back circa 2016.

Feedspot is a Content Reader. It helps you keep up with multiple websites in one place so that you need not visit each website to see what’s new. “Feedspot makes keeping up with your favorite websites as easy as checking your email.”

Christopher Simmons has been a working journalist since 1984 when he sold his first music industry article to POLYPHONY magazine (purchased by MIX and became Electronic Musician). Later writing for diverse pubs including Computer Player, Digital Imaging, Micro Publishing News, Spazz, the Graphic Artist’s Guild newspaper, among many others. He has been widely interviewed on topics related to technology, marketing, health and entertainment.

His full-time gig is acting as CEO and founder of NEOTROPE® and Send2Press®.

As a musician he played in several bands in the ’80s including PROJECT 11 and PETS GONE WILD (featured in the LA Times “Calendar” section and an LA Weekly “Band Name of the Week”). His music has been played on late night space radio stations, and positively reviewed in Electronic Musician and ‘zines like SYNE. A CD of his music from the mid ’80s was released on Neotrope® Records in 2000, “BESERKER” available on most streaming platforms.

His music has been used for two cable TV productions in the late 1980s in California: the award-winning “VIDKIDCO” and “Viewpoints on Video” from the Long Beach Museum of Art.

He is no relation to a Canadian keyboardist of the same name, nor a graphic artist based in San Francisco, also of same name.

Learn more about Christopher Simmons at https://ChristopherSimmons.com/ (website under reconstruction for 2022).

This press release was issued on behalf of the news source, who is solely responsible for its accuracy, by Send2Press Newswire. To view the original story, visit: https://www.send2press.com/wire/musewire-ranked-among-the-top-50-music-industry-blogs-on-feedspot/